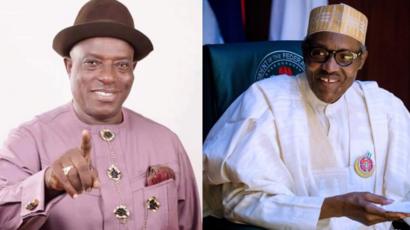 Following the recognition accorded to Victor Giadom, as National Chairman of the All Progressive Congress, APC, by President Muhammadu Buhari,  a big battle is in the offing in the Imo state chapter of the party.

Buhari’s support for Giadom has put to rest the raging crisis in the APC which sparked off after Comrade Adams Oshiomole was suspended by the Court of Appeal.

Buhari’s stance which shocked pro Oshiomole loyalists, including some State Governors, opens a new chapter in the APC, loaded with fresh political dynamics tied to the presidential race in 2023.

Buhari’s spokesman, Garba Shehu, had in a statement Wednesday said “The President has received very convincing advice on the position of the law as far as the situation in the party is concerned and has determined that the law is on the side of Victor Giadom as Acting National Chairman”.

This portends far reaching implications for Imo APC where the Daniel Nwafor faction is laying claims as the authentic state executives of the party, against a caretaker committee led by Marcellinus Nlemigbo.

Governor Uzodinma is known to be fiercely loyal to the suspended Oshiomole, while the Nwafor group endorsed by Okorocha have considerable sympathy for Victor Giadom.

Sources said Giadom is expected to issue further directives in this regard to consolidate his hold of the party in the face of opposition by pro Oshiomole forces including some State Governors.

“One of the ways of achieving this is to possibly accord legitimacy to factions in state chapters Oshiomole had kicked aside. Giadom is working for some forces who are opposed to whatever Oshiomole and his group stands for. He will consolidate his stay as Acting Chairman by working with those horizontally and vertically opposed to Oshiomole” a source told this newspaper .

Though the crisis in the APC at the national level is yet to abate, there are indications that the Nwafor group may get the upper hand over Nlemigbo under Giadom’s leadership of the party, a development which may set the stage for fierce political battle in the party in Imo State.