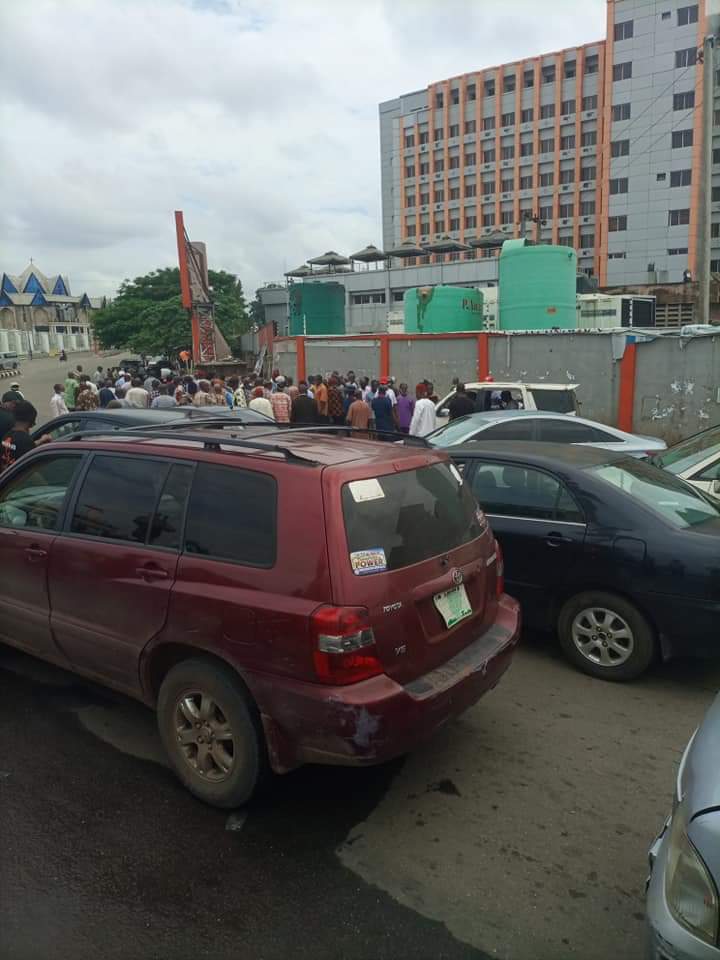 Hundreds of Imo pensioners, for the second time, in less than a week, took to the streets of Owerri, Imo State capital to protest non payment of their pensions. This time, they blocked the entrance and exit points leading to Government House, Owerri.

This caused traffic gridlock along adjoining roads such as Wethedral and Okigwe roads, as the pensioners demanded for payment of their toil of yester years.

The pensioners had last week staged a similar protest in the State capital where they were assured that by the Secretary to the State Government, Cosmas Iwu, that they will receive alerts of their pension Friday last week.

Some of the pensioners who spoke on condition of anonymity said they resorted to return to the streets after the State Government failed to fulfill their promises to them.

The retirees under the auspices of Imo pension Intervention Committee, IPIC, Iyke Ohanaeji, had last week carried placards with various inscriptions, and vowed to carry out mother of all protest if the present Uzodinma administration fails to heed to their pleas.