Home LEAD STORIES ‘Why We Returned To The Streets To Protest’, Imo Pensioners Cry Out 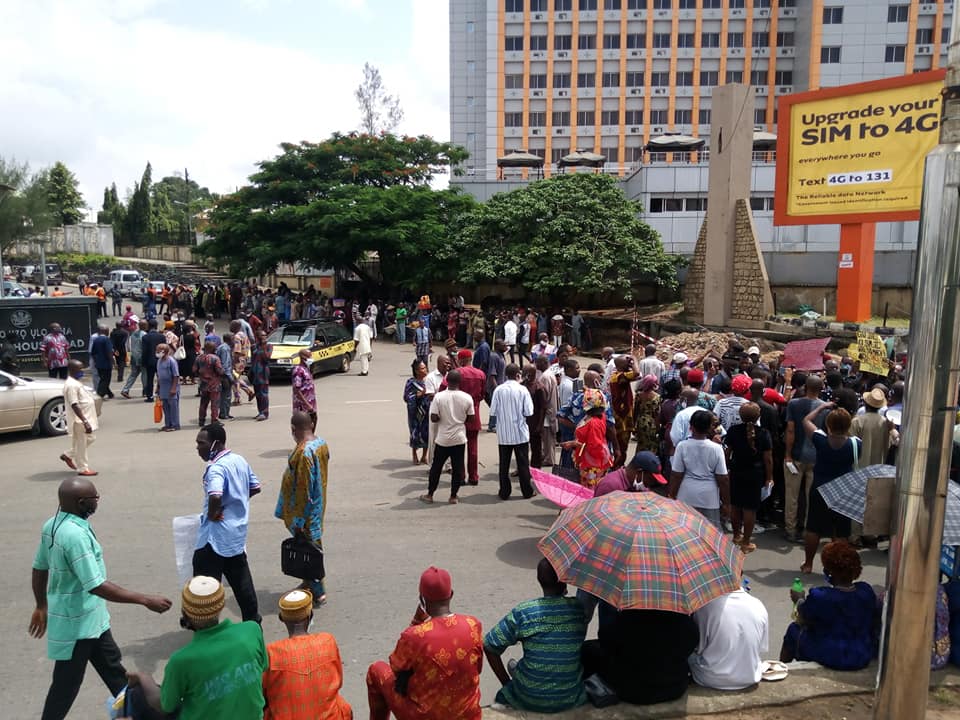 Non payment of pensions for four months is major reason why pensioners in Imo State took the streets of Owerri to protest.

The retirees under the auspices of Imo pension Intervention Committee, IPIC, Iyke Ohanaeji, carried placards with various inscriptions, said there will be mother of all protest if the present Uzodinma administration fails to heed to their pleas.

He said the pensioners have been dying in their numbers, alleging that they need money to feed their families.

He decried the insensitivity of the state government, declaring that “Enough is Enough|’

The state government who responded through the Secretary to the State government, Cosmos Iwu, said the government is not oblivious of their plight, rather the delay in payment of their pensions was as a result of BVN by ghost workers.