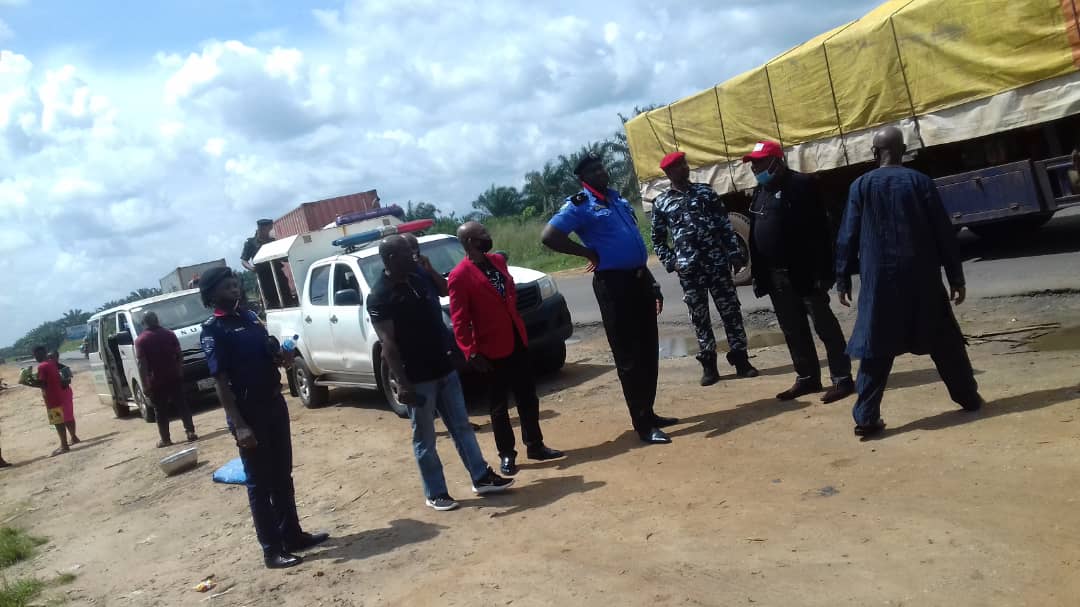 The National Joint Technical Task Team on Emergency Response to COVID-19 on Challenges of Movement of Food, and Agricultural Input has visited designated borders in Imo state to assess movement of vehicles especially those carrying food and agricultural products into the state.

The movement was in line with the Federal Government’s directive on lifting of inter- state vehicular movements.

The leader of the team ACP Jorda Barka, who represented the Chairman of the Task Force in the state, CP Isaac Akinmoyede, expressed satisfaction on the total compliance by the security agents on the directive.

He thanked the security agents for ensuring that vehicles carring food and agricultural products are allowed to enter the state without challenges.

Akinmoyede warned them against extorting money from motorists but ensure there is free flow of vehicles at the borders.

Secretary of the Team and Director, Federal Ministry of Agriculture and Rural Development in the state, Mr Christian Iwuchukwu said the committee was established to monitor free movement of agric proceeds to avoid scarcity of food during COVID-19 lockdown.

He appealed to the security agents at the borders to always coperate with the motorists bringing food and agricultural products to avoid scarcity of food in the state.

The chairman of NUJ in Imo, who is a member of the Task Force, Chief Chris Akaraonye was among the visiting team.