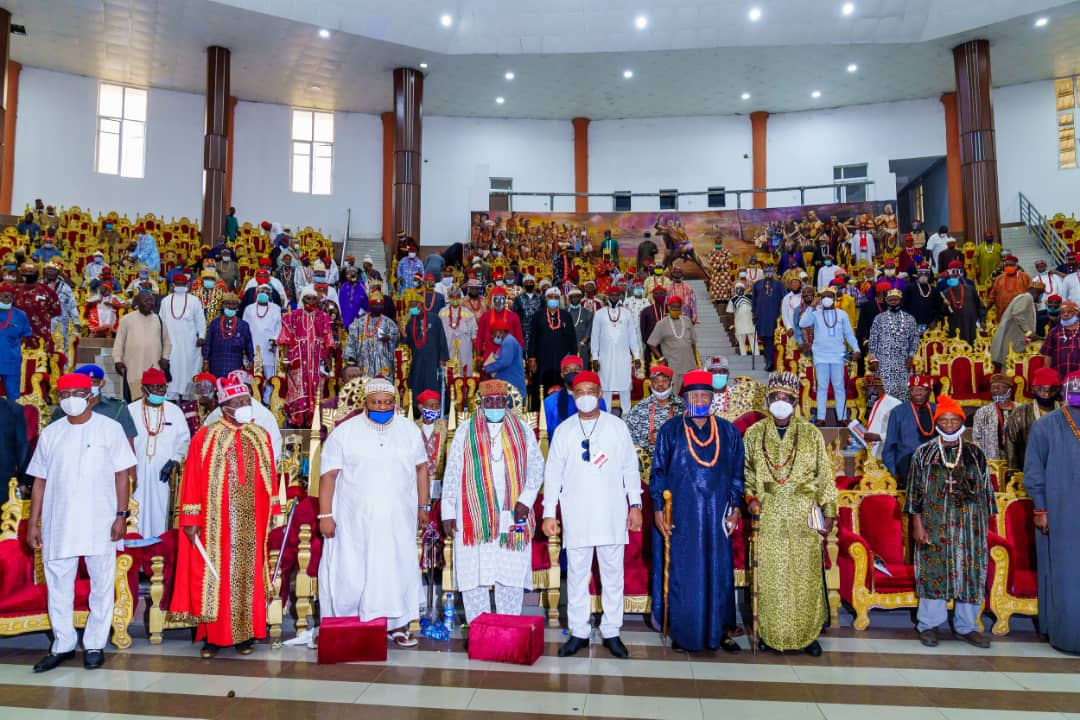 Governor Hope Uzodinma, Monday, swept under the carpet the contentious issue of who heads Imo State Council of Traditional Rulers.

Before the meeting, reports was awash in the media that the Governor will announce who will lead the Council.

Two traditional rulers, Eze Sam Ohiri and Eze Sam Okeke, are said to be jostling who leads the Council.

Ohiri is the incumbent Chairman but Okeke emerged a major threat to his position, when Uzodinma proclaimed him Chairman, Imo Traditional Institution and Community Policing.

This sparked a major rift in the council, polarising the Royal Fathers who dangled their support for each of the contenders for the Chairmanship position.

Addressing the Royal Fathers at their Secretariat at Mbari, Ikenegbu, Owerri, the Governor rather reeled out fresh directives to the monarchs.

He reiterated his commitment to ensure the success and workability of community policing in the State, saying any traditional ruler who fails to secure his community will be suspended.

He stressed on the need for a synergy between the traditional rulers and Town Union Presidents to ensure that criminal activities are reduced in their areas.

Uzodinma made it clear that traditional rulers should not be sychophants by telling him the truth.