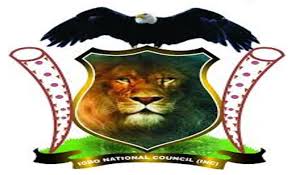 Major political parties have been advised to adopt candidates from the South East as it presidential candidate in the 2023 presidential elections.

This is contained in a communique of the Igbo National Council, signed by Chilos Godsent, its National President and Barr. M.C Ezeala, shortly after the meeting of its National Working Committee held in Enugu.

The group stated that “The Igbo National Council (INC) supports the popular agitation of the mass of the Nigeria people to have the next President of the Federal Republic of Nigeria through the 2023 Presidential elections to come from the South East Zone of Nigeria. The meeting therefore urges all the political Parties to zone their Presidency to South East Zone.

It also advised South East Governors to emulate their Benue State State counterpart, Victor Ortom, who rejected the operations of Miyetti Allah security vigilante outfit, from operating in the state.

“The meeting called on the Governors of the Igbo Nation States to immediately pass the Anti-Open Grazing Laws in other to stop the deliberate reckless balkanization of farming lands in the Igbo Nation territory by the devilish Jihadists Herdsmen.

“The meeting supports the statement of Governor of Benue State – Gov Ortom in rejecting the newly unveiled Miyetti Allah Vigilante Security Outfit to operate in Benue State. We therefore call on the other Governors of the Igbo Nation States to toe the same path like Gov. Ortom.

It also commended “the Leadership and members of the Association of South East Town Unions (ASETU) for their zeal and commitment in mobilizing the various community people to passionately comb their forests and also flushing out all the Jihadists Killer Herdsmen and criminal elements hiding in those forests and using same to commit various degrees of crimes against humanity. Furthermore, the meeting urged all the pro-Igbo organizations and town unions all over the world to endorse and commence the enforcement of Operation Ije Aju in all communities in the Igbo Nation”