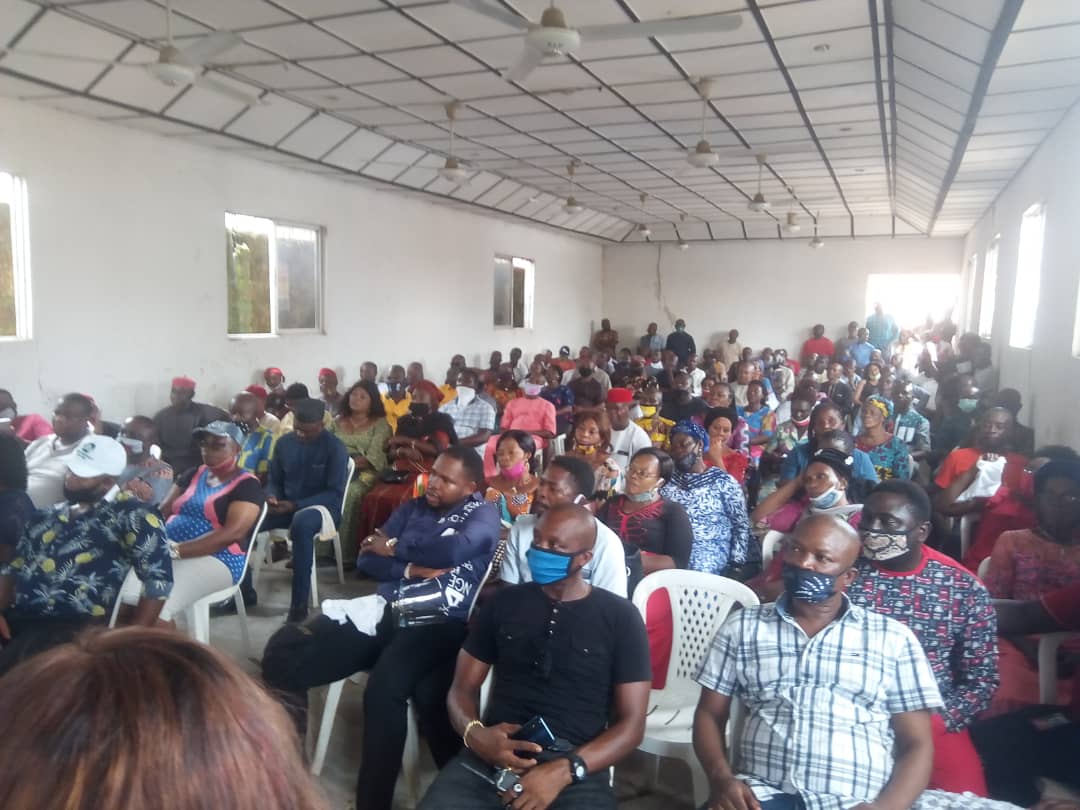 Leaders and stakeholders of the All Progressive Congress, APC, in Owerri West Local Government Area of Imo State, have expressed displeasure with the Chairman, Interim Management Committee, IMC, of the area, Hon Okechukwu Enyioha.

At a leadership meeting of the party held at Obinze, in Owerri West LGA at the weekend, the leaders, in their resolution, set up a nine man committee drawn from the three political blocs in the area, to interface with the Chairman on various issues including activities at the Local Government and the party structure.

The leaders decried lack of consultation on the part of the LGA Chairman with party leaders, stakeholders and appointees of the State Governor from Owerri West and also expressed anger over the manner he allegedly compiled list of APC officials at the ward levels without due consultation.

They also resolved that henceforth Owerri West will speak with one voice on issues pertaining to the party, condemning in strong terms the duplication of party lists at the ward levels. Henceforth, they vowed to adopt a “unity list” to be endorsed by all stakeholders.

The nine man Committee was mandated to carry out its assignment within thirty days and report their findings back to stakeholders of the party in Owerri West LGA.

Before the resolution, leaders of the party in Owerri West who spoke in turns, fumed at the conduct of the IMC Chairman, and condemned in strong terms, his lack of engagement with stakeholders on issues affecting the local government and the All Progressive Congress, APC in Owerri West. This behaviour in their views, has not augured well for the people of the area.

In his opening remarks, Special Adviser to the Governor on ADP, Chief Njemanze (Oyiga), said the meeting became imperative to chart a way forward for Owerri West. He expressed concern how the affairs of the Council has been run by the Chairman without synergizing with party leaders and appointees of the Governor from Owerri West.

“We need to correct this anomaly. We are unhappy with this system and this is capable of affecting the APC in Owerri West. For long, we have not been invited to meetings to discuss the way forward for our people. This has to stop.

He said “We are unhappy with this development. We are not aware of what is going in our local government.  Despite being House member representing Owerri West, I have never been invited for a meeting to discuss about issues affecting our people at the Council headquarters.

Imo State Commissioner of Entrepreneur and Skills Acquisition, Hon.Nobel Atulegwu, said there is need to change the narrative in Owerri West.

He said “The IMC Chairman must learn to be humble. We are all committed to the progress and welfare of the people of Owerri West. And we are determined to achieve this task.  We, the appointees of the Government were not even consulted by the Chairman during the sharing of palliatives from the state government in Owerri West.

Former Executive Chairman of Owerri West, Victor Murako, called for internal resolution of the crisis, saying it is wrong for the leadership of Owerri West not be carried along on issues affecting the people of Owerri West.

“ I must say I m shocked with the level of dissatisfaction expressed by leaders of Owerri West LGA. The IMC Chairman should learn to work closely with the leadership structure in Owerri West. We must be together to wade off the opposition. We need to caution the Chairman, though we do not throw away the baby with the bath water” Murako advised.

innonews - July 26, 2020 0
Contrary to online reports that some staffs of Federal Polytechnic, Nekede, are owed salaries and recently embarked on a protest to demand...

innonews - September 28, 2017 0
Former President Goodluck Jonathan has reacted to claims made by Imo State Governor, Rochas Okorocha that (Jonathan) offered inducements to him to win votes...