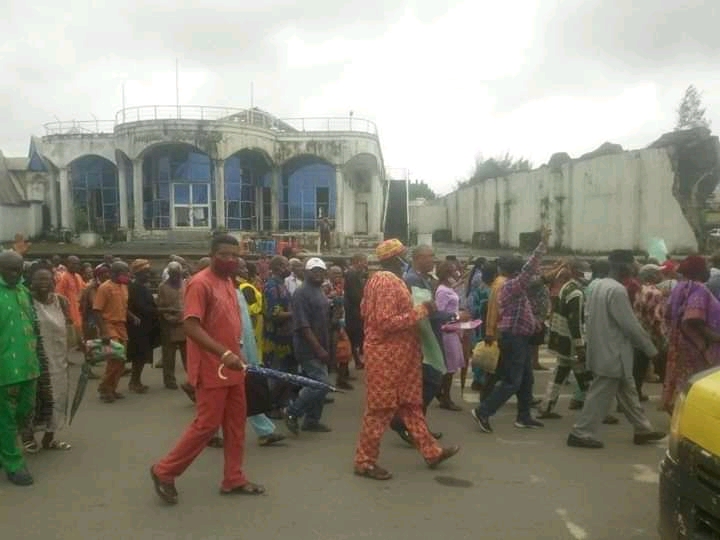 For the third time in two months, pensioners in Imo State, have taken to the streets of Owerri, Imo State capital to protest non payment of pensions

However, four pensioners slumped  during a protest in Owerri while protesting non payment of their pensions.

Some of the collapsed pensioners were rushed to the hospital while one of them, a woman was revived at the scene of the protest which took place at Okigwe road round about, leading to Government House, Owerri.

One of the pensioners who was revived who gave her name as Mrs Margret Onuoha, in the state civil service, claimed that she retired as a Director, wondering why the state government will not pay her pension in the last five months.

The pensioners during the protest displayed various placards and were led by Chairman, Pensioners Intervention Committee, Iyke Ohaneje.

The protest caused heavy traffic gridlock along the roundabout.

Speaking to newsmen, Ohaneje said this is the third time pensioners have embarked on protest to compel Governor Uzodinma to pay them their pension.