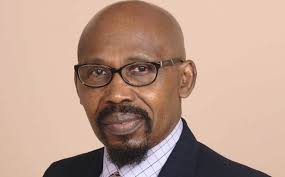 A Nigerian born American, Gabe Okoye, is in the race for the United States Democratic Party’s senatorial run off in the U.S

He wants to represent the state of Georgia at the senate and is seeking for the party’s ticket for the November 3 election.

He hails from Enugwu- Aguleri in Anambra State,a civil engineer who moved to the United States in 1981.

He will be up against main challenger, Nikki Merrit, in the second round scheduld for August 11.

Okoye and Merrit will move to the run off stage after beating a third aspirant, Cheryle Moses, in the first round of the primary held on June 9.

The winner will face the incumbent, Senator Peter Martin.

The Republican, who has been representing the district since 2015, is seeking a fourth term.

Okoye told the News Agency of Nigeria (NAN) that he was aspiring to give the black community in Gwinnet County a strong voice at the state level.

The politician assures that he will give “a fearless, strong voice to the silent majority in our district and our county in general.”

Okoye, currently a Planning Commissioner in Gwinnett County, is the first black man to serve as a commissioner in the county’s 202-year history.

He serves on the Executive Committee Board of the Gwinnett and state chapters of the Democratic Party.

As the local government party chairman between 2016 and 2018, Okoye led the party into the 2018 mid-term elections and recorded historic wins.

Under his leadership, the Democrats captured 13 elected offices, including the majority of Gwinnett seats in the Georgia state legislature.

The Dems also won the two county commission seats, one of the two School Board seats, and claimed the office of the Solicitor General of Gwinnett County from the Republicans.

The Georgia House of Representatives in Resolution 313 of 2019, designated November 6 of that year as Gabe Okoye Leadership Day.

innonews - September 17, 2018 0
Mainz of Germany striker, Anthony Ujah is set to be recalled to the Super Eagles ahead of next month’s 2019 Africa Cup of Nations...

Cracks On The Wall:Uzodinma Shuts Out Okorocha’s Men From Appointments

innonews - February 27, 2020 0
There may be fire on the mountain or cracks on the wall, as the patience of associates and hundreds of followers...

Covid 19: Edozie, Others Donate Palliatives Worth Millions Of Naria To...

innonews - April 22, 2020 0
In a clear display of milk of human kindness and in a bid to ameliorate the sufferings of the people of...