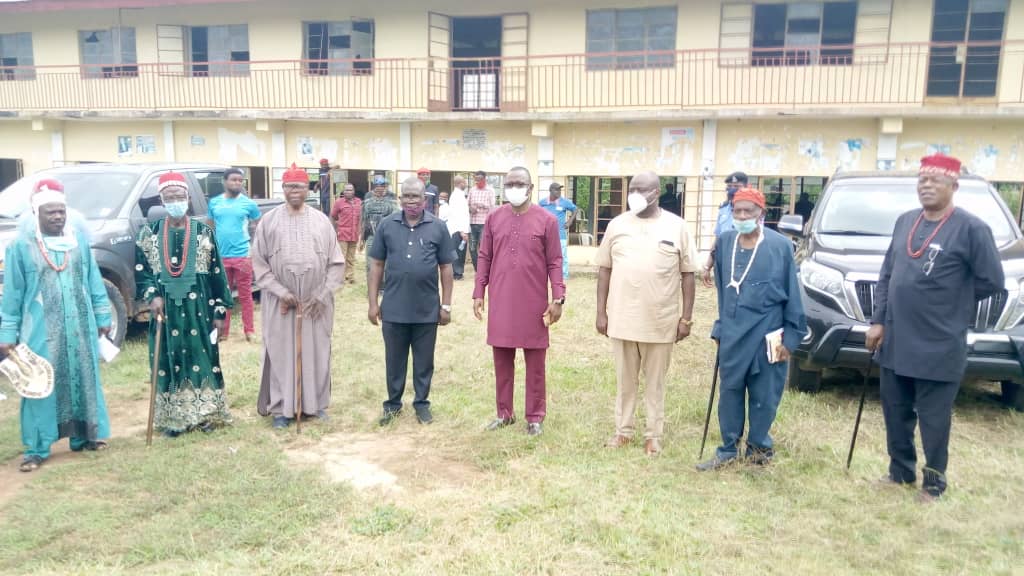 The Imo State Commissioner of Police, Mr. Isaac Akinmoyede has commended the proactive efforts of Isiekenesi Progressives Assembly, IPA on their efforts to complement the effort of police in securing lives and properties in their locality by establishing a central security vigilante for the Ideato South community, Isiekenesi ancient kingdom, christened ” Operation Naked Wire”

He also used the opportunity to charge all Divisional Police Officers, DPOs in the State to work closely with all registered and recoganised community vigilantes for optimum supervision and security ethics galvanization.

He said “This laudable and proactive gesture; championed by the Isiekenesi Progressives Assembly, IPA and other Diaspora sister bodies; is coming less than a week after the State government charged traditional rulers on Community policing to complement the State government’s efforts to combat insecurity is very commendable and worthy of emulation, therefore on behalf of the Nigeria Police Force Imo State Command, I accept to work with and supervise the activities of the Isiekenesi vigilante outfit”

Earlier, in their different remarks Chancellor, Dr Hyginus Ogbuehi and the Chairman of IPA Security Committee, Prince Nixon Okwara eulogised the State number one Police officer, CP, Isaac Akinmoyede as a very committed and proactive Security Chief who can do anything for the absolute security of lives and properties in his jurisdiction and its environs.

Other contributors at the inauguration include, Ndi-Eze, the BoT Chairman of IPA, Major Gen Richard Duru, the member representing Ideato South State Constituency at Imo State House of Assembly, Hon Johnson Duru, High Chief Bonny Ebili, the PGs, women leaders, among others; decried the nefarious activities and unexpected attacks of criminals in that part of the State; include kidnapping, armed robbery, rape of old widows and believe that the Operation Naked Wire, if it well managed and sustained, by the police will change the ugly security narratives of the Clan; as the Ezes and the entire people of the six Communities that made up Isiekenesi ancient kingdom at home and Diaspora are solidly behind the project.

Consequently, the speakers in agreement with the remarks of the Chancellor solicited for a police Post, for the community. The remarks read in parts “your partnership and support would be our operational catalyst to achieve, maintain and sustain a less crime community; as we use this opportunity to request your approval for a Police Post in Isiekenesi Clan”