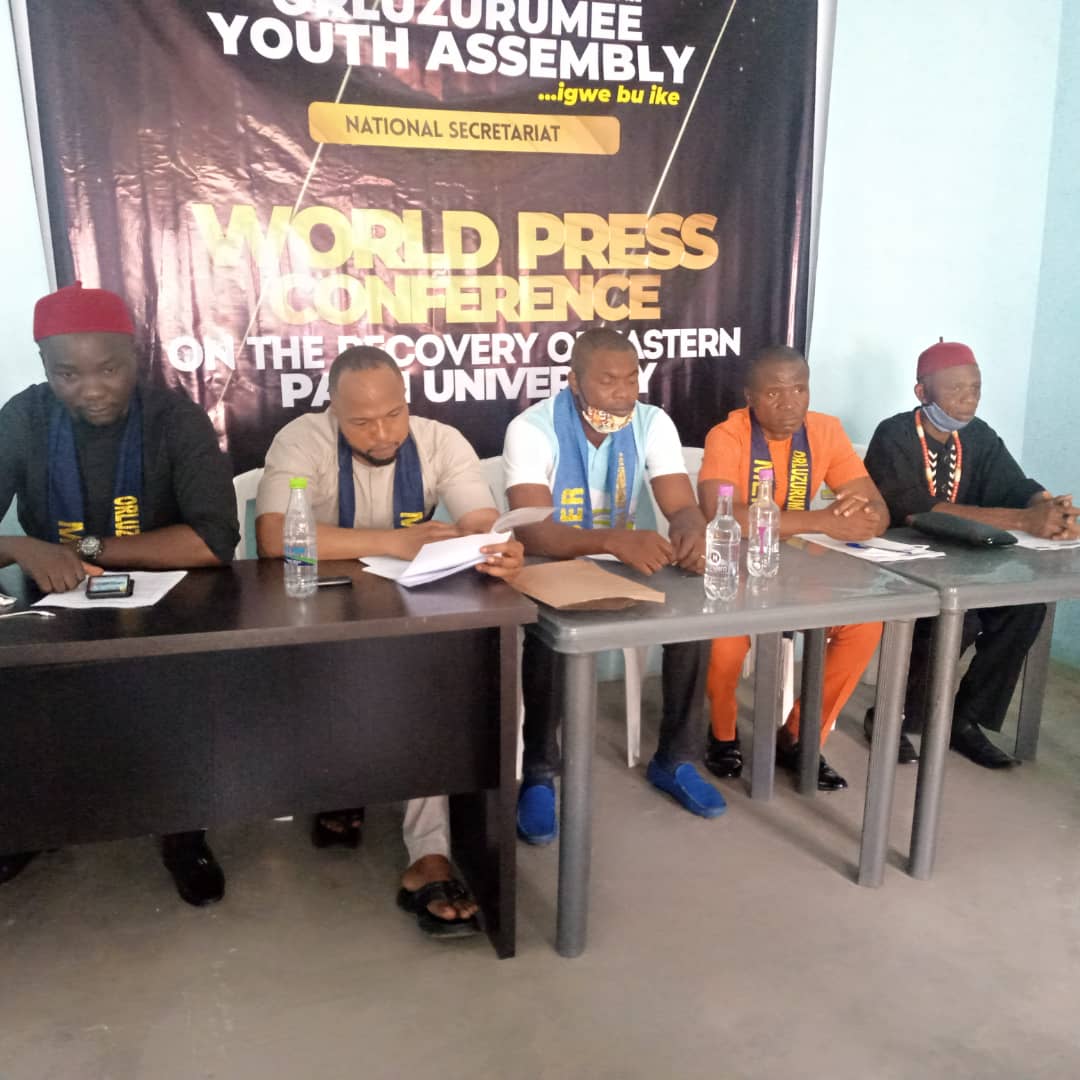 This was made known to newsmen during a world press conference at the national secretariat of the group in Orlu on Saturday.

In a statement jointly signed by Engr. Christian Okolie and Prince Collins Opurozor, chairman and spokesman of the group’s education committee respectively, the group said, “Today, we wish to inform you that we have instituted a court action at the Imo State High Court, Owerri Judicial Division, to recover, reclaim and restore the Eastern Palm University from the corrupt and cruel stranglehold of Rochas Okorocha to the people of Imo State.

“What we seek, in essence, is a declaration of court that the Eastern Palm University, which was built with state resources and all instruments of state power, is indeed a property of Imo people, and the management, control and running be accordingly vested, whole and entire, with the Government of Imo State on behalf of the people of Imo State. We seek, more fundamentally, an order of the court nullifying the fraudulent Section 3 (3), (4) and (5) of the Imo State Law No. 3 of 2019, which are unconstitutional, immoral and wrongful, to the extent that they confer benefits and privileges on Rochas Okorocha as a person, his Rochas Foundation, his cronies and his proxies in the ownership of Eastern Palm University. This infamous and anti-people law was hurriedly cobbled together and nocturnally consented to by Rochas Okorocha in total abnegation and violation of his Oath of Office as Governor of Imo State. It was a testament to the malleability of the State House of Assembly under Rochas Okorocha, a House essentially made up of Alleluia Boys!”

According to them, “Before now, we had made spirited efforts to get Governor Hope Uzodinma to take action over this shameful, avaricious and wicked expropriation of Imo people from their own university by Rochas Okorocha. However, Uzodinma has till date inexplicably kept mum over the issue. Instead, he was recently quoted in the media as saying he was working so hard to build a second state-owned university in Imo State. This is provocative and unpatriotic, and clearly suggests to us that there is a conspiracy to allow Rochas Okorocha to appropriate Eastern Palm University to himself. The wider implication of this is that any Governor who comes onboard will use state resources to build a university in his village and privatize same before leaving office. We must nip this in the bud and ensure it does not happen again.

“To be clear, the National Universities Commission by its letter to Imo State Government dated April 13, 2016 recognized the Eastern Palm University as the second state-owned university in Imo State, 42nd state university in Nigeria and 143rd university in Nigeria. The land for it in Ogboko was earlier acquired through a revocation order by Uche Nwosu, Okorocha’s son-in-law, who then was Commissioner for Land and Urban Development for the purpose of relocating a campus of the Imo State University, Owerri to Ogboko. The Imo State Law No. 20 of 2012, which established it as Imo European University and as a property of Imo State, was fraudulently repealed in 2016 and replaced with Law No. 13, which created the name as “Eastern Palm University”. In the Imo State Law No. 7 of 2018, Okorocha changed the Visitor to the University from “Governor of Imo State” to himself as Rochas Okorocha or any representative to be appointed by his Rochas Foundation. The Law No. 3 of 2019 eventually handed over the school to him and his Rochas Foundation by 90% under a nonexistent Memorandum of Understanding between Rochas Okorocha as a person, Rochas Okorocha as a Foundation and Rochas Okorocha as a Governor. What we see in all of these is the wicked machination of a petty dictator who after building a school with public funds would deploy the instruments of state to convert it to his private property. But this move will be vehemently resisted,” the group vowed.

They also used the medium to invite all lovers of justice, all Imolites, all affected landowners, all civil society groups, all professional bodies, all youth movements, all town unions and the mass media to the Imo State High Court, in Owerri on Monday, September 7, 2020, as this all-important case comes up in court.