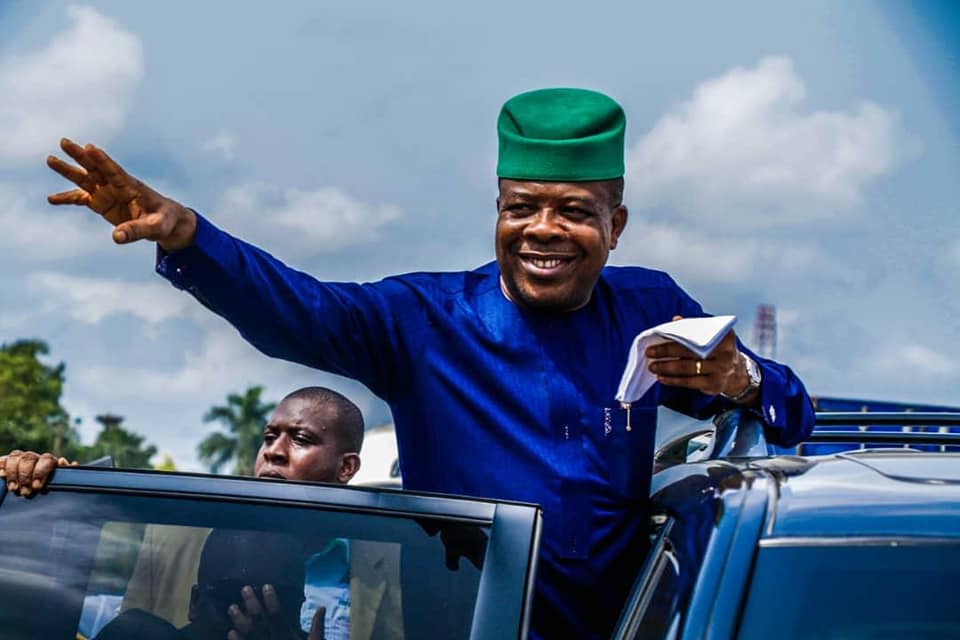 The leadership Peoples Democratic Party, PDP, in Imo State has been advised to prepare tactical ways of winning the 2023 elections in the state, as the persona of former Governor Emeka Ihedioha, cannot solely guarantee victory for the party.

A chieftain of the party, Anselem Okebata, who stated this in Owerri, while speaking to newsmen also kicked against the emergence of Engr. Charles Ugwu, as Chairman of the party, on the grounds that “he is too old and has gone out of tune with modern politicking”

He said the PDP in Imo State, with Ugwu’s emergence, has sent wrong signals to youths in the state that the party “is still entrapped in the cocoon of self centered political elites who believe in the old order and un-receptive to the dynamics of modern politics”

Okebata stated that the PDP is “gradually squandering its goodwill and populist support within the state by electing a 77 year old man as its Chairman and revolving the party around a single individual.

He said “Our party cannot ride to victory on the persona of the former Governor alone. Though he is a great leader of the party, admired for his sterling performance during his seven months reign as Governor, it will do the party no good on our part if we build this party around Ihedioha alone.

“The way Imo PDP is structured now, everything now revolves around him and few others. This is undemocratic. What is evolving in the party now, is a case of a Capone dictating and calling the shots in a cartel.

“This is capable of scaring away those who do not share the same political views with the former Governor, a trait which could be injurious to the quest to rebuild our great party to take over the reins of governance in the state in 2023

Okebata noted that the PDP should focus on making the party more grass-root oriented ahead of the elections, stating that the process for genuine reconciliation in the party is needed to strengthen its chances of victory in the next elections.

“ The party should be thrown open. There are some leaders of the party who are on the sidelines but really afraid of the unfolding trend in the party. This has to change” he said

innonews - October 2, 2018 0
Reports reaching this newspaper indicates that the National Chairman of the All Progressive Congress, APC, Adams Oshiomole has reportedly  sacked the Chairman of the...

innonews - September 2, 2018 0
As the 2019 general elections draw near, the United Progressive Party, UPP has declared that it will not field any presidential candidate in the...

We Have Crossed The Red Sea. BY KENNEDY EWEAMA

innonews - September 8, 2019 0
The migration of the Istrealites to Egypt, according to Biblical account, was never planned neither did the people ever foresaw themselves moving...

innonews - March 8, 2022 0
Speaker Emeritus of Imo State House of Assembly, Rt Hon.Godfrey Dikeocha, has listed criteria and qualities of the next Senator that would...