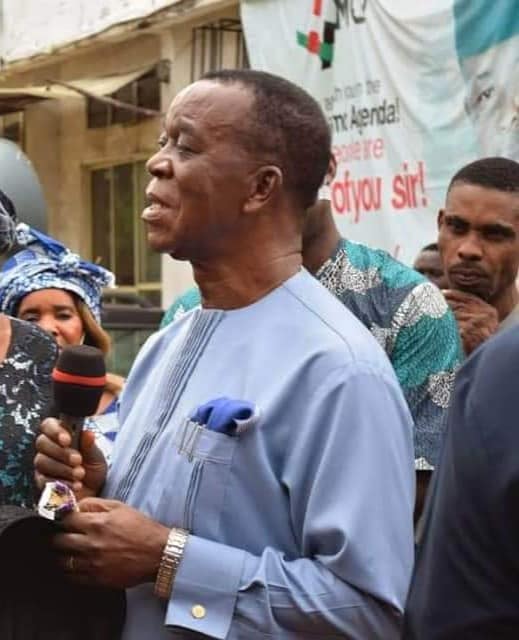 The Peoples Democratic Party, PDP, in Imo State, has never hidden its desire to reclaim power from the All Progressive Congress, APC in the State. A former Governor of the State and leader of the party, Rt Hon. Emeka Ihedioha CON, had admitted that Imo remains a PDP state, expressing optimism that the party will win subsequent elections in the State.

Ihedioha indeed echoed the heartbeat of numerous members of the PDP, who are yet to recover from the shock of his removal from office by the Supreme Court, which had enthroned Senator Hope Uzodinma of the All Progressive Congress, APC, as Governor.

After the Supreme Court verdict, the PDP in the State began the journey to come back to power when it successfully held its congress where it elected a 77 year old former Minister, Charles Ugwu, as Chairman. Ugwu’s ascension as leader of the opposition party in the State, has indeed elicited diverse reactions, as many wonder if his choice as party Chairman is a wise one.

Prior to his election as party Chair, there was massive rejection to his aspiration mainly from younger elements in the party, who had described Ugwu’s nomination, as a ploy to sideline the youths in the party, who constitute the backbone and support base of the PDP in the State.

Ugwu was described as ‘old school” who lacks the firepower and adrenaline to lead the PDP to reclaim power from the All Progressive Congress, APC, a political party adjudged to be ruthless in its approach to politicking.

The first salvo which opposed Ugwu’s election came from the All Progressive Grand Alliance, APGA, in the State which faulted his election, on the grounds that the PDP has mortgaged the hope and future of youths in its fold.

APGA Media Director, Mr. Ifeanyi Chilagorom, in a statement on behalf of the party, asked “Does it mean PDP has no vibrant, wise/intelligent, loyal, dedicated, financially balance and faithful party members in their 30s, 40s and 50s to lead the party in Imo State? As a matter of fact my fellow Imo and Nigerian youths, something is very wrong!

Many contend that the political dynamics in the State has really changed and the PDP may have committed political suicide by hanging its future on the shoulders of an octogenarian who may be at loss or not in tune with the slippery, unpredictable political terrain in Imo State.

Mr. Greg Nwafor, a political analyst said “Engr. Ugwu is an accomplished man. A Former Minister, Former President, Manufacturers Association of Nigeria, and a former governorship candidate of the party. That does not mean he can lead an opposition party against a strong ruling political party such as the APC in Imo State with Hope Uzodinma as Governor.

“Whatever reasons influenced his choice by power brokers in the party, I believe the PDP goofed by nominating him as its Chairman. The task of an opposition leader is quite intricate and I believe his age may will be a limiting factor.Those who used him to satisfy some interests strangely allowed such considerations to override a higher ideal which is to recover power from the APC in 2023″ Nwafor said

Those who consent to Ugwu’s choice as party Chairman, however believe he is a valuable choice, and that his wealth of experience in politics, having been a one time governorship candidate of the party, will be an asset to Imo PDP.

Mr Raymond Okebata, a member of the party in Orlu LGA said ‘We believe in his capacity. It’s all about political strategy. Ugwu has the wherewithal to fund the party. Opposition politics without funding is useless.

“Also, we have to learn from our past experience where the party Chairman, Charles Ezekwem, had to abandon the party midway for the All Progressive Congress, APC. Ugwu is stable, he is experienced and the PDP has made a big in- road into Okigwe zone through his emergence, while we consolidate our grip in Owerri and Orlu Zones for 2023.

How these calculations play out remains a puzzle, as the PDP in the State and its new helmsman begin the arduous task of win back the seat of power in the State.