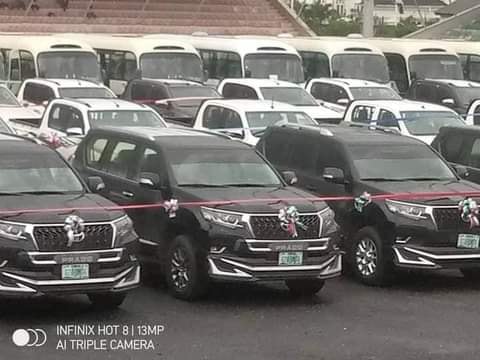 The vehicles include SUVs, jeeps and Coaster Buses. The Buses were meant for Civil Servants to aid their transportation needs.

The cars came barely 24 hours after the Governor held an emergency meeting with his appointees where he cautioned them against incessant skirmishes and disagreements, particularly between some of his Commissioners and Special Advisers

It was the first “emergency meeting” between the Governor and his appointees.

However, sources at the meeting disclosed that the Governor felt embarrassed over constant rift among his appointees and warned seriously against a re occurrence.