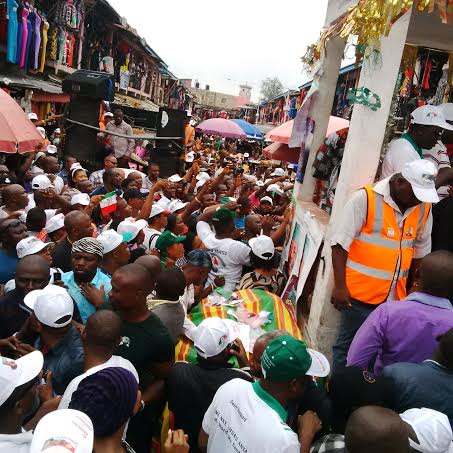 Three years after the ancestral Eke Ukwu Owerri market was demolished by the outgone Rochas Okorocha administration, there are strong indications that the market is on the verge of being reconstructed.

The demolition of the market had sparked local and international condemnation, which led to the untimely death of 10 year old Somtochukwu Ibeanusi.

Over N1 Billion naira worth of goods were lost during the demolition of the market.

This newspaper was however informed that the Uzodinma administration is committed to now rebuild the market and has put in place measures to achieve this purpose.

The state government is said to have engaged a firm, known as The Amanda Group and recently signed a Memorandum of Understanding, MOU, with the firm to erect about 2,500 stalls within the premises of the market.

Details of the MOU could not be ascertained by this newspaper but reliable sources said soon work will commence on the site to rebuild the market to the delight of Owerri indigenes.

Efforts to speak to the State Commissioner for Commerce and Industry, to on the development was unsuccessful.

Our Opponents In Champions League Not Walkover, Says Lampard

innonews - May 26, 2020 0
Shocking revelations have emerged why the gale of defections have continued to hit the Peoples Democratic Party, PDP in Imo State.

innonews - March 1, 2018 0
A coalition of Nigerian Youths known as Organization of Eastern Nigeria Youths have reiterated their readiness to embark on political voter education of the...

innonews - December 23, 2017 0
Imo State Commissioner of Finance and a chieftain of the All Progressive Congress, APC, Barr. Obinna Mbata at the weekend hosted the executive members...