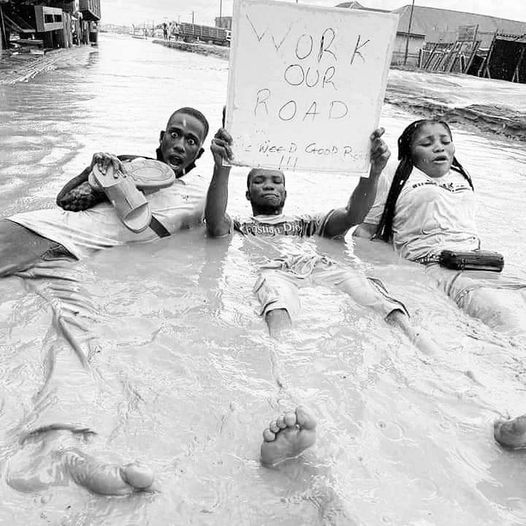 The Imo state government, Wednesday, opened up on the dilapidated Nekede/Ihiagwa road, a major road leading to two federal higher institutions in the state, Federal Polytechnic, Nekede, and Federal University of Technology, FUTO, in Ihiagwa

Youths of Nekede and Ihiagwa communities where the two higher institutions were located had during the Endsars protest in the state protested over the poor condition of the road, and appealed to the state government to take urgent steps to fix it.

The road , a major pathway from Owerri, the state capital, to several communities, has been in terrible state for more than a year, and its condition worsens during every rainy season.

Attempts by previous governments to repair the road were temporary as a result of shoddy work done on i.t

The state government through the State Commissioner of Information, Declan Emelumba, after a weekly State Executive Council meeting on Wednesday said “the EXCO  directed the Attorney General and Commissioner for Justice to press on the bank that guaranteed mobilization fee to the Contractor handling the Nekede/Ihiagwa road that has become an eyesore with the rains to refund the mobilization fee without further delay”

Emelumba said after the rains, the government will re award  the contract for the construction of the road to another firm.

innonews - July 2, 2018 0
A top chieftain of the Imo APC Coalition, Dr. TOE Ekechi has denied reports in the media that he has dumped the coalition and...