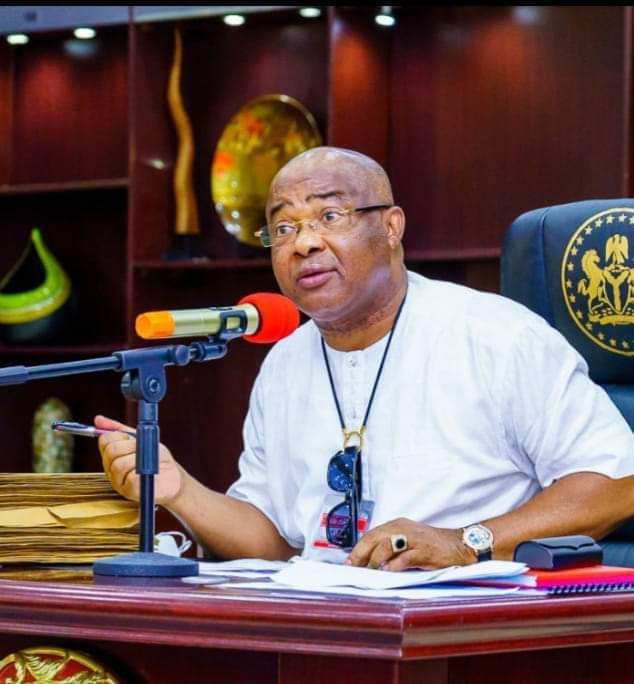 I have maintained silence since the hullabaloo over Hope Uzodinma’s ascendancy to Imo governorship seat began. From the Ben Johnson tale to the Alice in wonderland story, it is unfortunate that Imo State remains encased in a cocoon of endless tussle over the 2019 Imo governorship election.

Governor Hope Uzodinma has always been in the eye of the storm, perhaps because of the circumstances that catapulted him to power. He became governor via the verdict of the Supreme Court. It is strange to some, but it is, a reality we must live with. Afterall, there are no saints in politics. And there is no Mr. clean when it comes to the scramble for power. All have fallen short of glory. Whether it is God’s glory or that of the devil, you decide.

There is no reason to run down the Uzodinma administration. His government is beginning to get some grip, some level of hold on governance. He needs one full year to qualify for thorough assessment of his performance. His take off was shaky. Like an aircraft that had a rough and bumpy take off. And it is not a laughing matter when an aircraft is making a turbulent take off. It is even worse when you fail to put on your seat belt when an plane is airborne.

The tag of “Supreme Court Governor” which has been a nightmare for Uzodinma and his men, seems to be the lethal weapon, the virus, even deadly than the Covid 19, the opposition is using against his government.

And I must say that the opposition has succeeded to keep Uzodinma on his toes with the ”Supreme Court Governor” tag. The thing seems to be unsettling this government, which prompted Uzodinma to say those who address him as “Supreme Court Governor” are ignorant.  Such matter as provocative as it is, should have been allowed to evaporate away, the same way Covid 19 is no longer frightening us anymore.There are issues that are not worth responding to. And a government that responds to any tantrum of the opposition is bound to make mistakes.

However, my instincts tell me Uzodinma has come to stay. He looks good to weather the storm. He has shown character, resilience and ability to wade off his political foes. And I must confess, he is doing it quite well. The PDP in Imo State must have observed this and decided to buckle up by reshaping the party for the 2024 battle. If the PDP in the State had not closed its ranks by conducting successful congresses to reposition the party, sorry would have been their second name. By now, the party would have been battling with open and secret defections of its members. Uzodinma showed he was bent on decimating the party when he succeeded in poaching some of the party’s strategic stakeholders.

In Imo politics, it’s all about the survival of the fittest! Those who make the loudest noise are the ones not benefiting from the system. That is Imo Politics, you cry foul when you are not walking along the corridors of power or you are not close to those who call the shots. Politics of the stomach is the in -thing here. And until we do sometime about it, this anomaly can never change.

I do not envy Governor Uzodinma. And I have no reason to do so. He is governing one of the most sophisticated states in the country, where literacy level is high, the brand of politics is so hi tech and hi wire. Because Imo State has a public service driven economy, politics and the craze to get into government is everybody’s desire.This is why the political landscape in Imo State is always tense. And even after elections, the political fights begin. It starts and has no end. It has become part of our culture.  Everybody is a politician. Everyone seems to have an idea how a governor should lead or govern the State.We care less about the other things that contribute to our survival. It’s politics, politics, politics.

Eight months of Uzodinma’s administration can be rated on the average. No government can perform wonders in eight months. None. So no one can give a comprehensive assessment of the performance of a government within eight months. The man needs more time to get things rolling.  We only advise that he hastens the pace and step up the pace of governance.

We know that, even magicians need all the time to perfect their magic. But an endless wait for the magic can make one not to appreciate it when the magician eventually performs the magic.

Ihedioha within seven months in office set the foundation for his government to operate. He moved at an impressive pace but he would moved faster if he had dropped the idea of running after Okorocha. Methinks he spent so much time chasing Rochas. I believe Ihedioha, may have done better if he had left Okorocha alone.He should have allowed the God of posterity to judge if Rochas was a blessing or curse to the people of Imo State. No man decides the fate of another. God does. And when we try to elevate ourselves beyond our limit, God puts a full stop to it.

Uzodinma still has some bobby traps on the way. One more hurdle to cross. Call it cross over. It’s dicey. It’s delicate. His followers say no shaking. And we believe them. The RAP matter has been unwrapped at the Federal High Court, Abuja which threw away the matter. We were told another landmine is at the Supreme Court with same coloration of the RAP matter. We will allow the learned Justices to decide. That is the sensible thing to do.

Imo State is the only State in Nigeria where legal fireworks over a governorship election lingers into the next election cycle. Someone wondered if we ever get tired of legal matters when it comes to governorship of the State. Too much political fireworks, less governance. That is our style in Imo State. This underscores the fact that the only booming “factory” in Imo State is politics. I believe this mindset should change. And it should now.

Afterall, there are no saints in politics. And there is no Mr. clean when it comes to the scramble for power. All have fallen short of glory. Whether it is God’s glory or that of the devil, you decide.

innonews - August 23, 2020 0
Imo Governor, Sen. Hope Uzodinma, has extended hands of cooperation and partnership to the Nigeria Union of Journalists...

innonews - May 3, 2019 0
Super Eagles Coach, Gernot Rohr has expressed hope on the return of Victor Moses back to the national team saying the he...