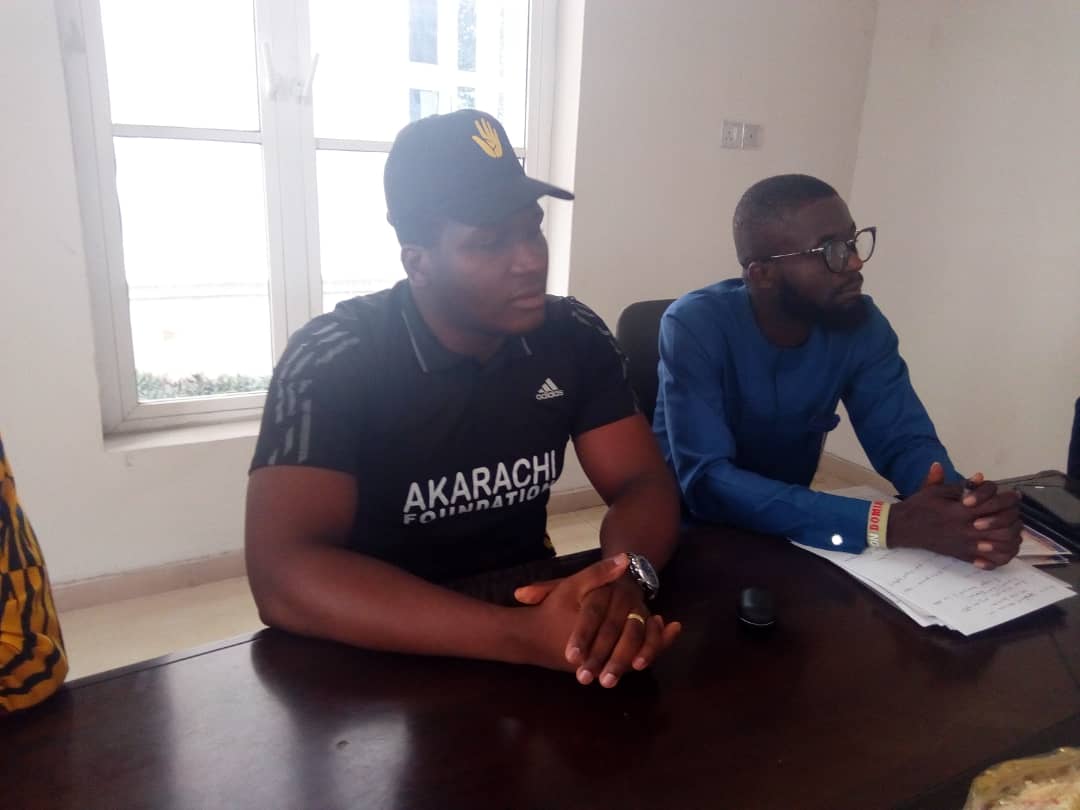 As part of his philanthropic nature and to ensure that youths of Mbaitoli and Ikeduru (MBAIKE) council areas of Imo State are united and empowered, Prince Akarachi Amadi of Akarachi Foundation has doled out a whopping sum of N25m (twenty five million Naira) to organize a football competition for the 24 INEC wards that constitute the Federal Constituency.

Akarachi who is the Founder and President of the Foundation, disclosed this in Owerri over the weekend when briefing members of Imo State Sports Writers Association of Nigeria (SWAN) led by Mr. Everest Ezihe on programmes of the two months competition which will kick off on Sunday, 8th November, 2020 at Presentation Secondary School, Ogbaku in Mbaitoli Local Government Area of the State.

The Sponsor informed that though he’s not a football enthusiast, but fan of Arsenal FC since 2005, he is motivated by his passion of ensuring the youths engaged and in discovering their talents which he has equally advanced plans to export to Europe for their overall benefits.

He pointed out that Akarachi Foundation is a non governmental and non profit making organization of which he is the sole sponsor for now and as a way of given back to the society as well as appreciating God’s grace and blessings upon his life and family in all their endeavors.

Amadi also disclosed that the competition is organized in a way, that there will be no loser among the 24 teams that registered and competing as each were given free sporting kits , footballs and N50k for their logistics apart from prize money of N1m for overall winner, N600k for second position and N400k for third position excluding consolation prizes for best behaved team, most valuable player of the tournament,Best Goalkeeper, Highest Goal Scorer and Best Refree of the tournament among others.

The sponsor also informed that ” having accomplished the goals he set for himself. As a youth am committed in given fellow youths the required structure to move ahead in life through care and hope. Some Europeans football scouts are billed to watch the competitions and potential football talents will be taking

abroad to trade their skills. This competition by God’s grace will be an annual event and with constant improvement” he assured.