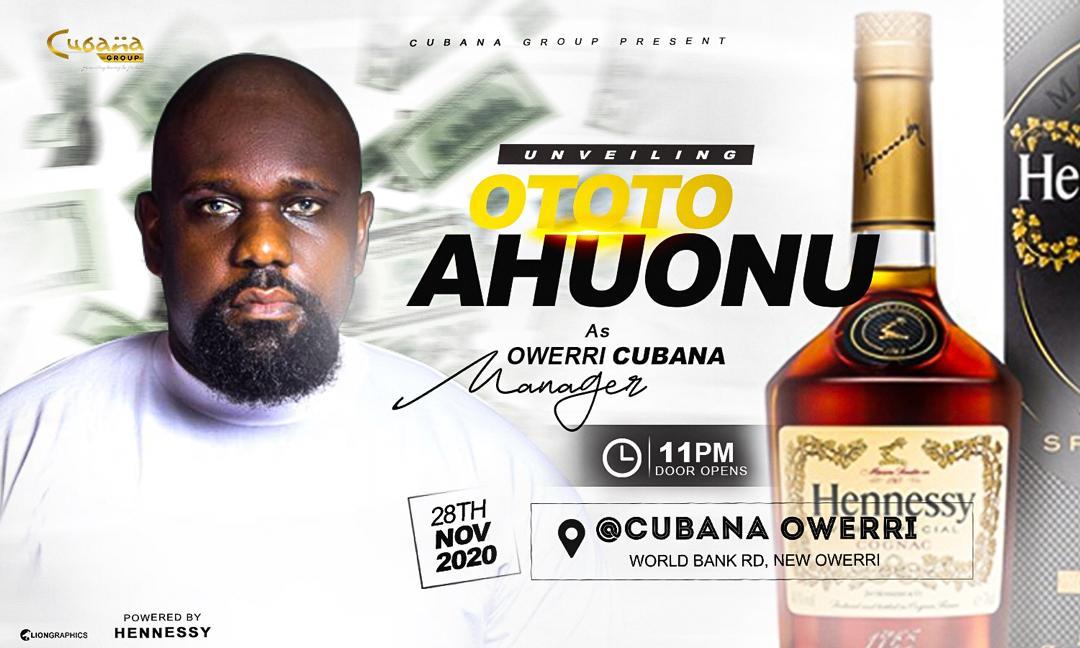 An icon in the hospitality and entertainment sector in Imo State, Mr. Benjamin Okechukwu Nwokorie, (a.k.a Ototo Ahuonu) has been appointed Manager of popular Cubana group in Owerri

Nwokorie, reputed for his remarkable successes in the hospitality and entertainment industry in Imo State, is making another giant stride after successfully managing the popular NV lounge n mimi place, New Owerri. He had established Las Vegas night club, Owerri, where he also made significant contributions which led to the growth the outfit.

His exploits and track record prompted Cubana group which admired his managerial abilities to saddle him with the responsibility to run the outfit.

Nwokorie will be unveiled at a special event at Grand Cubana, Owerri on Saturday, 28th November, 2020, in what promises to be the spectacular event which will be attended by fun seekers from within and outside Owerri