Home Politics Defection: Kalu Tells Umahi What To Do 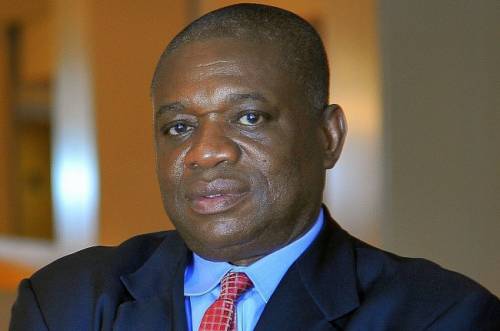 Leaders of the party in the South East region such as Dr.Ogbonnaya Onu, Governor Hope Uzodinma, Chris Ngige, Senator Rochas Okorocha, Orji Uzor Kalu, and others were absent at the defection rally of the Ebonyi State Governor from the APC to the PDP last week.

Speaking to newsmen, Saturday, Kalu, however made it clear that there is no face off between the leaders and Governor Umahi.

He said he was contacted by the national leadership of the party, as a leader in the zone, but could not attend the event because he was engaged in a national assignment.

He said, “As the leader of the All Progressives Congress in the South-East, the chairman of the party called me and I told him that I was not going to attend the official defection of Governor Dave Umahi from the Peoples Democratic Party to the APC because the President of the Senate had asked me to preside over a committee on the 2021 budget.

“The Nigerian budget is more important than the official declaration ceremony. I’m very happy that Governor Umahi has defected. I have already called and congratulated him for defecting. I don’t have any issues with Governor Umahi.

“I helped in the development of the security architecture which the governor is implementing to tackle insecurity in the state. I will host Umahi to a dinner in my house tomorrow (Sunday). Some media reports of a possible faceoff between Umahi and me is trash.

“I want him to consult other leaders like Ogbonnaya Onu, Rochas Okorocha, Hope Uzodinma and others. We are united and we are very happy to receive Governor Umahi and we are still expecting more governors.”

Obi Of Onitsha To IPOB: You Cannot Stop Election In Anambra...

innonews - July 27, 2017 0
The Obi of Onitsha, Igwe Alfred Nnaemeka Achebe has told the leader of the Indigenous People of Biafra, IPOB,Nnamdi Kanu that they cannot disrupt...

innonews - September 25, 2022 0
There are strong indications that the Peoples Democratic Party, PDP, has thrown open, its governorship ticket ahead of the 2023 general elections.

innonews - November 1, 2021 0
Elder Statesman, Chief Engr Emmanuel Iwuanyanwu, has said the people of Anambra State and indeed Ndigbo will be the losers, if the...

Temple Of Solomon Under The City Of Owerri- Njemanze