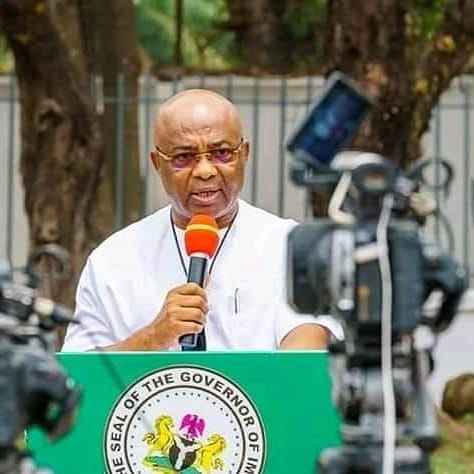 Giving reasons for his sack at the close of the State Exco meeting, Commissioner of Information and Strategy, Declan Emelumba,said council adopted a white paper recommended by the IMSUTH visitation panel and ordered that the CMD and his management be handed over to the police for further investigation.

He noted that council wondered why the wage bill of the Institution would jump from 147 Million to 236 Million from December 2019 to January 2020 in just one month, noting that the management took advantage of the new administration to fraudulently pad the wage bill to short change government.

Chief Emelumba also said that council ordered a thorough investigation into other sharp practices in the account department of the Institution that had been unaudited since 2017 to 2019, illegal payment of clinical and teaching allowances to administrative staff among others.

He said council also approved the restoration of all illegally allocated plots in and around the state capital, revoking of their  C of Os and restoration of Original names and plans of all layouts within Owerri Capital territory, adding that all these was sequel to the adoption of another white paper on Lands and related matters, recommended by the panel of inquiry on lands in the state.

The information commissioner also  disclosed that council as well ordered the immediate demolition of all illegal structures not  contained in the new Government House permanent  site at new Owerri and the restoration of the Arugo and Ekwema layouts to its original plan.

He said council also announced that 30th of November 2020 would be the date for the Flagg off of the construction of Owerri Orlu road and Owerri Okigwe road and 1st of December 2020 as the date of Flagg off of the construction of Seven roundabouts in Owerri capital to change the face of the city to enhance its aesthetics and easy traffic in the capital city of Owerri.