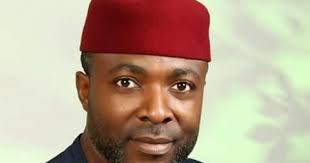 Hon Kennedy Ibe, is a lawmaker with style and panache. Call him, one of the finest and proactive lawmakers, among the present set of Imo House of Assembly members, you are not mistaken.

He is one among the few lawmakers, who conquered the turbulent storm associated with re- election, as he broke the jinx of returning to the House for a second term. Analysts contend that his impressive performance during his first term in the House was the propelling force that earned him re –election.

The two term lawmaker has become a formidable pillar in the 9th House of Assembly, having successfully made an impressive start at the 8th Assembly, where he made in-depth and robust contributions to deliberations and debates on the floor of the House.

His wealth of experience in the art of lawmaking, symbiotic relationship with his colleagues, has elevated him to an “Oracle”, whose views has to be sought on issues affecting the State legislature.

This is the key factor why his name has continued to pop up as potential Speaker of the State House of Assembly, whenever the search for a Speaker arises.

Aside being a two term member of the House, he has demonstrated an uncommon passion to ensure effective representation for his Obowo constituents.

Thus far, he has changed the narrative in Obowo State Constituency, as his representation has been riddled with unprecedented landmark achievements which has been attested to by his constituents, who admire his humility, zeal and passion for the good of Obowo.

Launched into Imo political hemisphere in 2008 by his appointment as member of an Interim Management Committee under Governor Ikedi Ohakim, Hon.Kennedy Ibe, contested for councillorship of his ward and won, became the Leader of the Council, till then Governor Rochas Okorocha dissolved the elected Council Chairmen and councilors on 6th July, 2011.

His uncommon humility, brilliance and commitment to the service of his people and penchant for bringing value, led to his being hired by Deacon Chike Okafor as Special Assistant while the latter served as Commissioner for Finance.

This seemingly little position was so beautifully ultilized by Hon.Ibe (Nkenkenyi Obowo) to warm himself so much into the hearts of all progressive minded in Obowo LGA, that his aspiration to the Imo State House of Assembly in 2015 was greeted with unprecedented acceptance.

*Born to the Family Of Late Hon Stanley Onyeagodirimma Ndudim Ibe, a captain of the Biafra Army, and one time Deputy Leader, Obowo Legislative Council

Ibe’s Record of Dividends of Democracy To Constituents

Hon Kennedy Ibe has to his credit seven people oriented bills and 35 motions.

*Bill For The Establishment Of A Bureau For Defence of the Defenceless and Conflict Resolution.

* A Bill For A Law For The Establishment Of An Information Communications Technology Centre in 27 LGAs, Cancer Research And Management Centre Bill,