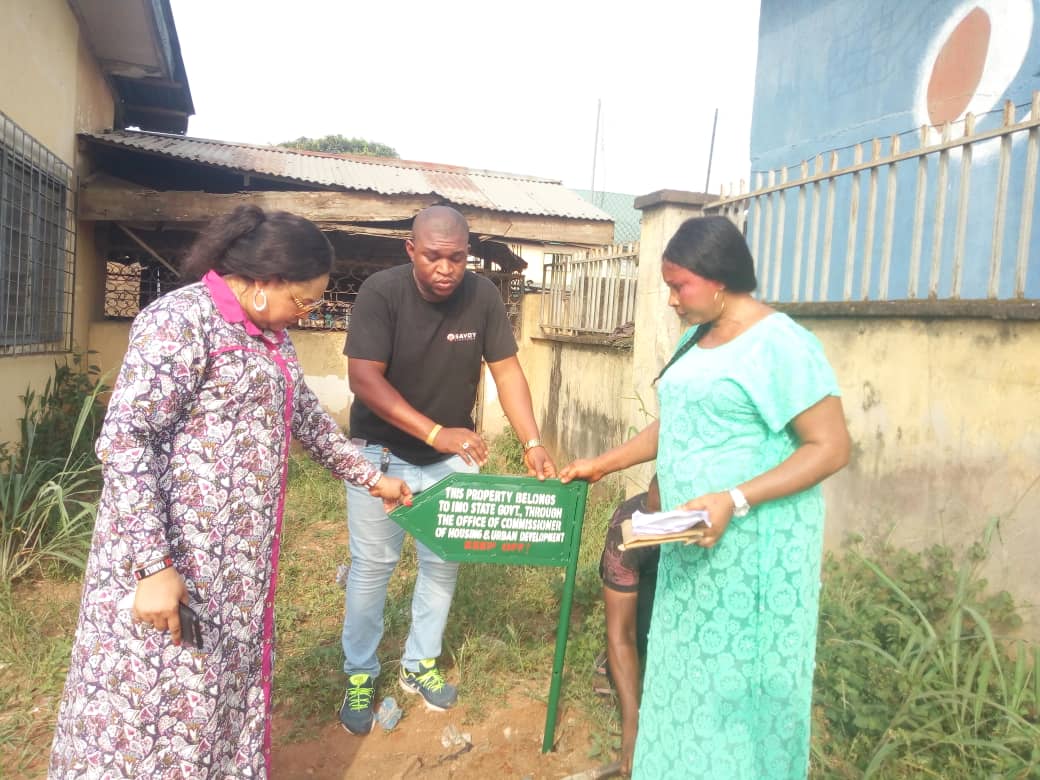 The Imo State Commissioner for Housing and Urban Development, Lady Dr. Love Ineh has cautioned against encroachment on government buildings.

The Commissioner who visited some Government Station Layouts, old Judges Quarters, Sub-Treasury Office, Licensing Office, Staff Quarters, among other places, had inscribed “Keep Off IMSG, Ministry of Housing” inscribed on walls of the buildings.

The Commissioner was accompanied on the visit by the Ministry’s Permanent Secretary, the Technical Adviser to the Commissioner  and other team members and staff of the ministry.

The Commissioner said that Governor is interested in developing the buildings for lucrative ventures, adding that abandonment of government property has to end for the development of the State.

She asserted that the government will not take tolerate anybody or group of persons making use of government buildings without approval, stressing that the era has gone when citizens encroach into government houses and start operations.

She hinted that all efforts are on top gear to recover all government buildings no matter where they are situated.