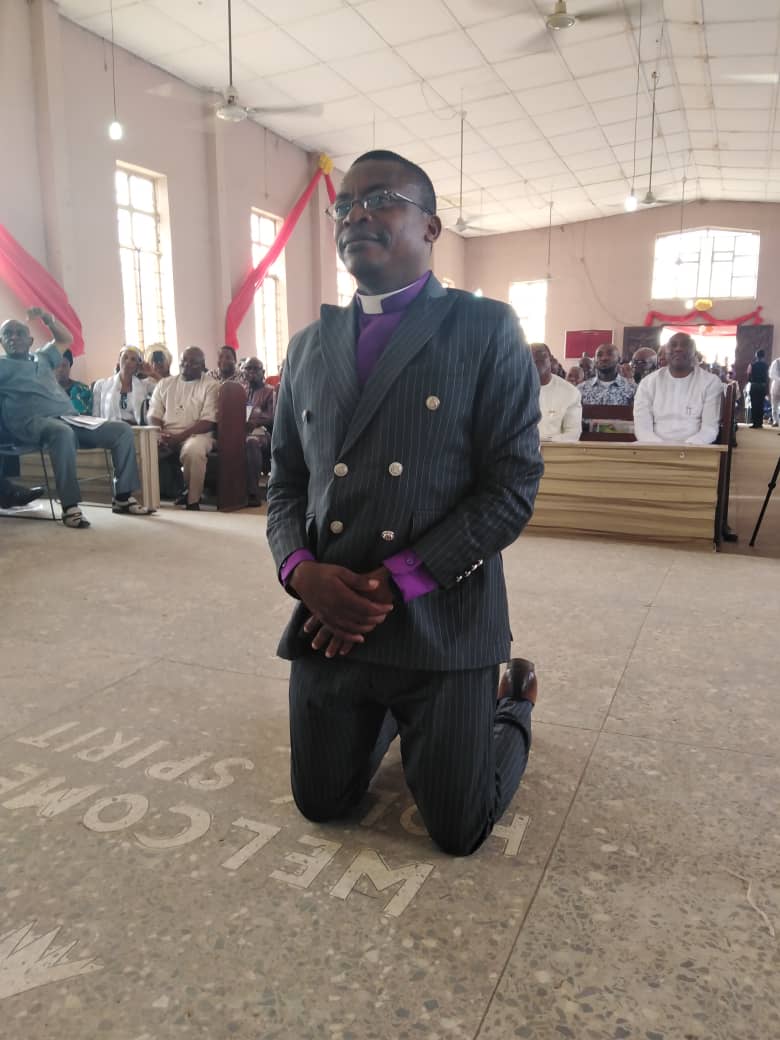 The induction was performed by President, Nigeria Baptist Convention and Christian Association of Nigerian (CAN), His Eminence, Rev Samson Olasupo Adiniyi Ayokunle, during the 2020 annual convention of the church, held at Imo Baptist Church, Obinze, Owerri West local government area of Imo State.

The CAN President advised Rev Uzoma Uzoeshi to always be an obedient messenger who is doing the work of his master who sent him to look after his “herds”.

Ayokunle reflected that leadership means service to God and humanity, saying any human who finds himself or herself in leadership position, should use wisdom to work to the glory of God and good to humanity.

Ayokunle emphasized that leadership without sincerity can never yield any positive fruit to the led, just as the leader would remain numb, advising that people who see themselves in leadership positions should respect the honour given to them to serve.

Therefore, Ayokunle called on the President of Imo Baptist Conference to take care of the “herds” Christ entrusted to him, encouraging him to continue to trust in God who gave him the strength to serve the church.

Promising to remain obedient and committed to the work of God and service to humanity, the President of Imo Baptist Conference, Rev Uzoma Uzoeshi thanked the church for giving him the mandate to serve in the Vine Yard of Christ Jesus as he promised to build an organized- growing organization that would create an enabling environment for the utilization of individual gifts and motivation for more significant achievements.

Uzoeshi assured that meeting organizational mission, vision and goals shall be his watchwords, vowing to embrace integrity driven by sacrificial services, excellence, faithfulness and fulfilment of responsibilities and ministries.

The servant of God added that he will often intensify preaching the word of God while striving for a more symbiotic “servant leadership administration within the ambit of interpersonal relationship, goal – getting and selfless vision – driven service”.

The apogee of the induction ceremony was the oath taking of office before the congregation and the clergy.