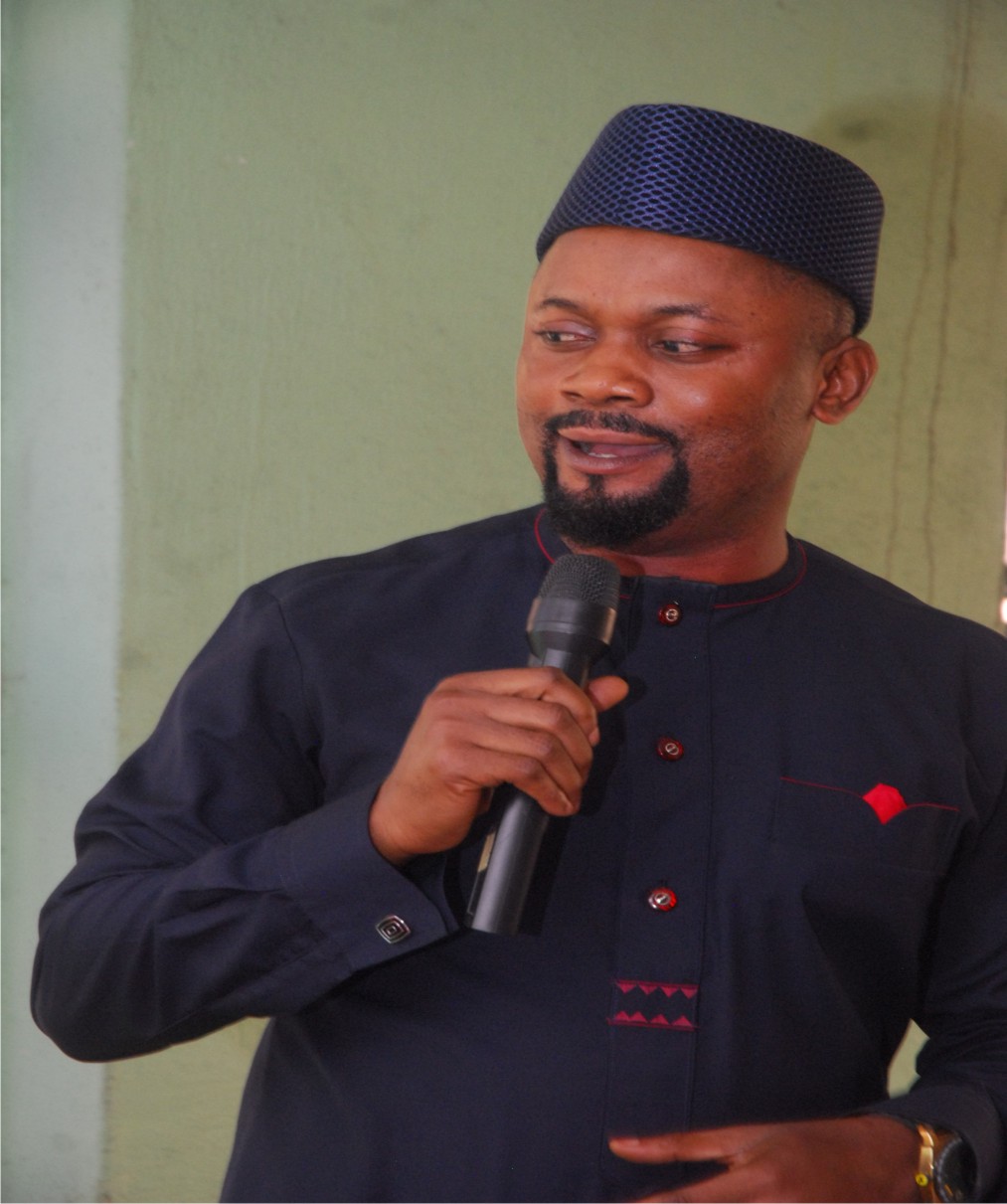 As a gospel preacher, my intention is to teach humanity the true way of life as enshrined in most Holy Books of various religions of the world. To teach, you must know, to know, you must be taught, to be taught, you must be disciplined and to be disciplined you must be obedient and amenable to the principles of true life; same must affect your moral behaviour. This is where true and life transforming sermon comes in.

A life transforming sermon is a discourse for the purpose of religious instruction or exhortation, especially one based on a text of Scripture and delivered by a clergy. A sermon may address scriptural, theological or moral topic usually expounding on a type of belief, law or behaviour within both past and present context.

Every individual believes in one God based on religious experience and conviction.  There is no society without any religion and as a result, the faith in ones religion affects him or her directly or indirectly. Here are the bases of this sermon, to do good to all and be remembered for it forever. This is supported by various teachings that are contained in different religions of the world.

The Sanskrit verbal root for Veda can be interpreted variously but the purport is ultimately and finally one. Veda means knowledge, in some Oriental philosophies, any knowledge you accept is regarded as Veda because it is believed among some religious scholars that teachings of the Vedas are the original knowledge.

The Upanisads are parts of the teachings of the Vedas as expounded by A.C Bhaktivedanta Swami Prabhupada. In Mantra Three it states, “The killer of the soul, whoever he may be, must enter into the planets known as the worlds of the faithless, full of darkness and ignorance.”

In the translation of Srimad Bhagavatam Text 9, Canto 6, Ch:1 it states, “Maharaja Pariksit said, One may know that sinful activity is injurious for him because he actually sees that a criminal is punished by the government and rebuked by people in general and because he hears from  scriptures and learned scholars that one is thrown into hellish conditions in the next life for committing sinful acts. Nevertheless, in spite of such knowledge, one is forced to commit sin again and again, even after performing acts of atonement. Therefore, what is the value of such atonement?”

In the Bhagavad-Gita chapter 2; 38, an instruction was given thus, “Do not fight for the sake of fighting, without considering happiness or distress, loss or gain, victory or defeat-and, by so doing, you shall never incur sin.”

In the Buddhist Scriptures Chapter two –“The Legend of the Buddha Shakyamuni” it states that when Buddha went to Kapilavastu and preached the Dharma to his father, he displayed to him his proficiency in wonderworking power, thereby making him more ready to receive Dharma. His father in equanimity affirmed thus, “Wise and fruitful are your deeds and you have released me from great suffering. Instead of rejoicing at the gift of the earth, which brings nothing but sorrow, I will now rejoice at having so fruitful a son…”

The Bible says in the book of Galatians 6:9, “And let us not grow weary of doing good, for in due season we will reap, if we do not give up.”

In the Holy Quran 41:34 Allah says, “…Nor can goodness and evil be equal. Repel (Evil) with what is better. Then will he between whom and you was hatred become as it were your friend and intimate…”

A late period (c.664 BC-323 BC) papyrus contains the Golden Rule “that which you hate to be done to you, do not do to other.” Thales (c.624 BC- c. 546 BC) said, “Avoid doing what you would blame others for doing.” Confucius c.500 BC said, “Never impose on others what you would not choose for yourself.” Again Laozi (c. 500 BC) said, “Regard your neighbour’s gain as your own gain and your neighbour’s loss as your own loss.” According to Brihaspati Mahabharata, “One should never do that to another which one regards injurious to one’s own self. This, in brief is the rule of dharma. Other behaviour is due to selfish desires.”

One may begin to wonder why I should take all this time quoting and sighting various authorities of antiquity before making my points, the reason is very simple. We learn from the experiences of others. We try to avoid falling into the same pit other leaders fail into, only if one is interested in watching their footsteps very closely. When we ignore them and claim to know it all, we begin to sink into the deep ocean like St. Peter of the New Testament did when he took off his attention from Christ as was recorded in Matthew 14:22-36.

Numerous studies show that the Golden Rule has been endorsed in all of the major and minor religions. Interestingly Jeffery Wattles calls it “the principle of the practise of the family of God.” The Golden Rule differs from the maxim of reciprocity and is a unilateral moral commitment to the well-being of the other without the expectation of anything in return. This is where everyone whether your religion is Christianity, Buddhism, Hinduism, Zoroastrianism, Islamism, Shintoism  to mention a few should ask himself certain moral questions.

On issues of morality a good Critic does not compromise no matter who is involved. Leadership especially political leadership owes it a duty to render to workers and every civil servant his or her due wages at the end of every month.

I am sure though stands to be corrected (if my assertions are not in order) that Gov. Hope Uzodinma of Imo state has not bought any property within and outside Nigeria since he became a governor. He has not built any house of his own nor has he built any hotel of any standard since assumption of office as the executive governor of Imo state. He has maintained his old houses and has continued to remain himself, but what has bamboozled and marvelled many of us is how the salaries of Imo workers (civil servants) are continually being deducted every month. Who is responsible for this? Gov. Hope that I know, may be surprised at this development too. Are there people sabotaging his efforts? If he claims ignorance of this, what has he done to expose those who are responsible for it?

What can he say about the pensioners who are not paid as well as those who complained that some percentages were deducted from their monies? Who is responsible for this kind of abominable act against the government of Gov. Hope Uzodinma? My sermon here is very short and simple, the Governor of Imo state should endeavour to look into these and other related allegations that has bedevilled his administration with the sole aim of finding solutions to them all. We expect him to do better than Chief Rochas Okorocha and Chief Ikedi Ohakim respectively.

His effluvious administration does not require this kind of show of shame. Gov. Uzodinma is not frivolous and does not wish to be remembered in history as a governor who made Senator Rochas Okorocha very popular. So whoever is responsible for sabotaging him should be brought to book. We do not want to see the lies that bedevilled Imo in the eight years rule of the previous administration. The records of the civil servants from the lowest to the highest rank should be put straight and salaries paid as and when due without any deduction.

While I sincerely wish to use this time to congratulate our governor for seeing the need to empower Imo youths in various skills and entrepreneur ventures , it’s very imperative to change the old narrative so that such good endeavour of our governor will not only exist in principles but in practice. Yes, the two Billion Naira he has released or about to be released should be monitored in making sure that the beneficiaries will cut across party lines. It should not be limited to only APC members and followers, the governor should try to make sure that a good number of Imo youths in all the 27 LGAs are fully represented and benefit from such great gesture. I wish to conclude here that an independent body made up of various youth leaders should form a strong coalition in making sure the implementation of this good effort of our governor is realized. Gov. Hope is a beneficiary of coalition, so he should understand what I am talking about at this point.

Imo belongs to us all and the dividend of democracy should be for all. God bless our governor as he practices this sermon in Jesus Name.