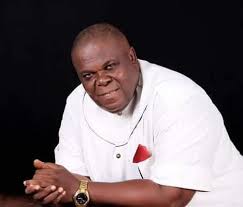 A combination of several seen and unseen factors contributed to the impeachment of the Speaker, Imo State House of Assembly, Hon. Chiji Collins, INNONEWS learnt.

Sources said Collins was caught in the web of a fierce political face off between Governor Hope Uzodinma, former Governor Rochas Okorocha, and Senator Ifeanyi Araraume.

The trio had fallen apart after Uzodinma’s inauguration as governor and his decision to go solo in running the state.

The deepening crisis in the All Progressive Congress, APC, in Imo State, which reinforced the rivalry between Governor Uzodinma, Okorocha and Araraume, is another unseen factor which contributed to Collins ordeal.

With fresh threats by sacked local government chairmen and Councillors loyal to Okorocha to take over the local government councils on November 30, the next target in the game plan of anti Uzodinma forces, was to sway members of the House of Assembly to dump the APC for the PDP and possibly prepare grounds for impeachment of the governor.

Already, Hon Paschal Okolie, member representing Orlu State Constituency had decamped to the PDP from the APC fueling signs that more lawmakers were on their way out of the ruling party in line with the plot.

Prior to the 2019 election, Collins was an ally of Senator Ifeanyi Araraume and was elected to the Imo State House of Assembly on the platform of the All Progressive Grand Alliance, APGA.

He became Speaker of the House when Governor Emeka Ihedioha of the PDP was elected Governor of the State, and when Ihedioha was removed by the Supreme Court and replaced by Senator Hope Uzodinma, Collins switched allegiance to the APC.

Within a year, the ex Speaker, in line with changing and emerging dynamics in the House of Assembly, and in a bid to keep his job, defected from APGA to PDP and lately to the APC, amidst controversy over his certificate.

Events which led to his impeachment were linked to suspicions of political romance with his erstwhile political godfather, Araraume which the Uzodinma camp no longer felt comfortable with.

Those close to him say allegations of his divided loyalty remain a farce. He was however caught off guard on Friday when 19 of the 27 members of the House voted for his impeachment as Speaker during plenary session at the Assembly complex.

Allegations of gross misconduct and financial impropriety, parliamentary ineptitude were leveled against him. His alleged divided loyalty were never raised.

innonews - February 26, 2018 0
BY CHIDI ABBAH# Member representing Mbaitoli/Ikeduru Federal Constituency in the House of Representatives, Hon. Henry Nwawuba has organized a seminar for men and women in...