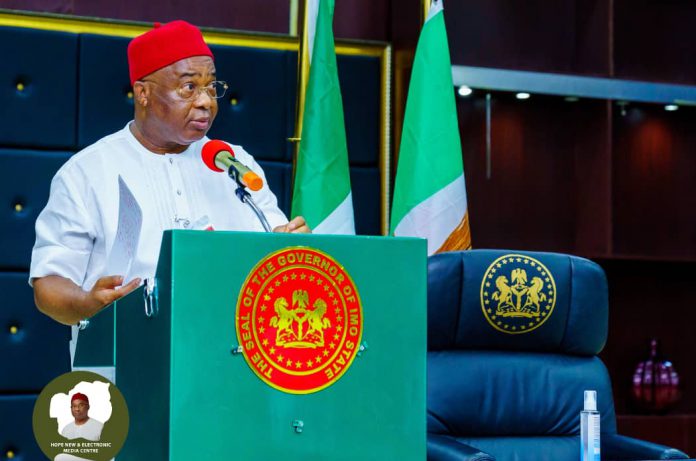 Barely a year of governance, some loyalists and allies of Governor Hope Uzodinma, are already scheming for various elective public offices ahead of the 2023 general elections.

INNONEWS gathered that some of the Governor’s appointees are also part of the move, having set their sights on various elective positions, leveraging on their present positions to build political bases.

Some of them have already put in place “structures”, recruiting  political foot-soldiers, including holding strategic meetings with political soulmates, to prepare grounds for the 2023 polls.

One of the governor’s appointee, who runs one of the “juicy” parastatals of government, and hails from Owerri zone, has begun moves to vie for one of the House of Reps seats in the zone. He has hosted several meetings and has announced to close friends of his political aspiration.

He is also doling out considerable support to the APC members in his domain in exchange of their support whenever the chips are down.

This newspaper was informed that most of those who have political ambitions, and still hold various positions in government, are also scheming to be retained, hoping not to be relieved of their duties from office whenever the governor decides to shake up his cabinet.

“Those nursing one ambition or the other have resolved to stay close to the corridors of power to attract the governor’s endorsement for their various political aspirations.

“2023 is just three years from now, there is no time. From next year, any serious politician who wants to contest for any elective position will begin subtle preparations now. This is the time to work for it. And remember we have an aggressive opposition party which is not sleeping” said an appointee who does not want his name mentioned.

Recently, APC stakeholders in Owerri zone such as appointees, loyalists, political associates, allies and friends of Governor Hope Uzodinma in Owerri zone APC announced their intention to hold a grand reception for him.

The stakeholders have split into various committees, and were inaugurated on Monday at Imo Concorde Hotel, Owerri, to prepare for the event.