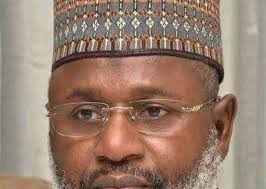 Alhaji Yarima described Justice Nsofor’s death as a huge loss to the nation, recalling his role and contributions in improving Nigeria-U.S relations, a feat he achieved as Nigeria’s Ambassador to the United States.

In a statement signed by Prof Orikeze Vitalis Ajumbe, South East Co ordinator, Yarima Support Organization, YSO, he said the late Justice Nsofor, until his death, was a man of integrity, and one of the outstanding jurists in the country.

“Late Justice Nsofor was a man of fine character, and one of the shining lights of the Nigerian Judiciary.

“He will be mostly remembered for casting a dissenting vote in a three man Panel at the Supreme Court, over disputed 2003 presidential election, between then Presidential Candidate of the All Nigeria Peoples Party, ANPP, Muhammadu Buhari, and then President, Olusegun Obasanjo, who was candidate of the Peoples Democratic Party, PDP.

“On behalf of Senator Yarima and Yarima Support Organization, YSO, we comiserate with the Federal government, the government and people of Imo State, on the death Justice Sylvanus Nsofor.

“We also urge the family of Late Justice Nsofor to bear the loss with fortitude” the statement concluded.

The Truth About Unwarranted Attack On Emeka Diwe,PG Of Orluzurumee Cultural...

innonews - June 23, 2019 0
By: Ifeanyi Onyekachi I consider it proper to begin this explanation by referring to the biblical allusion where Jesus...