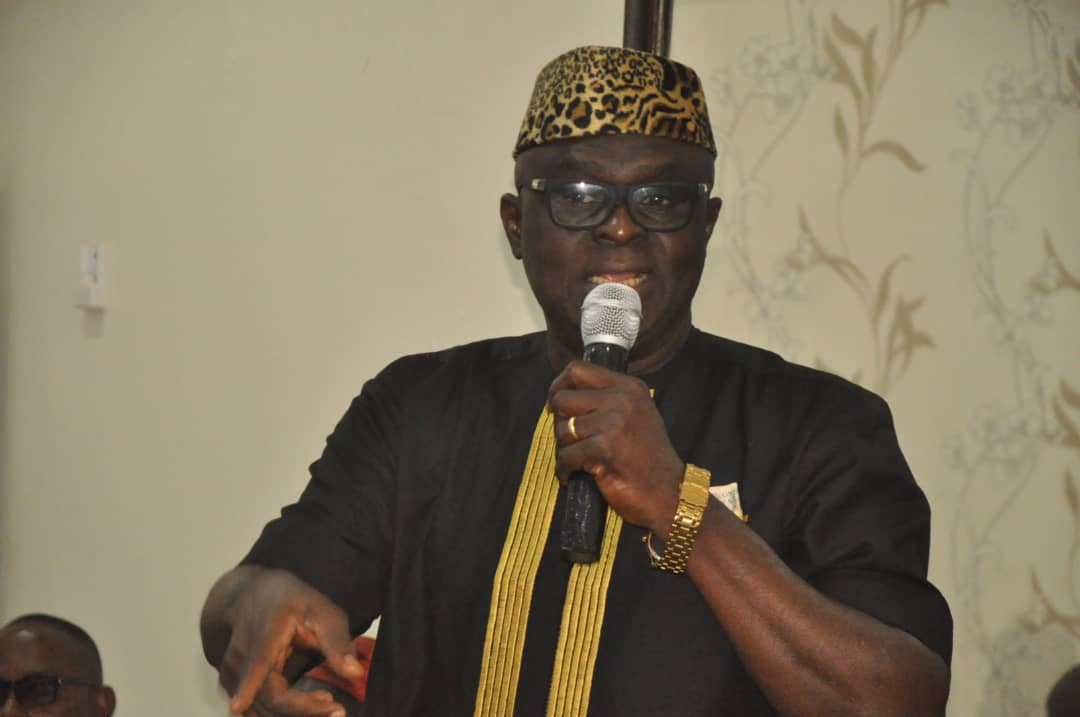 Not many may know Emeka Diwe, an Akpulu High Chief, as an unrepentant advocate and promoter of the growth and development of the Igbo nation.

Diwe is reinventing and reviving those values and structures that will make Igbo nation a force to reckon with, particularly at a period, the Igbo race is at cross roads of her political destiny.

Diwe is a champion of Town Unionism.The relevance of Town Unions in the socio political development of the Igbo nation had ebbed after the Civil War. It paled into insignificance and was unceremoniously sidelined from major discourse and contemporary issues affecting the Igbo.

Town Unions, the backbone of the defunct Ibo State Union, ISU, which propagated the ideals of Igbo people prior to the civil war, had gone into extinction, exposing the Igbo race to the vagaries of marginalization and deprivation.

Emeka Diwe has led the campaign to return the Town Unions in Igbo-land, a daunting challenge, which was a mirage for Igbo leaders of yester-years, as they failed in their attempts to re- kick start Town Unions.

But Diwe triumphed where others failed. He successfully revived the comatose Town Unions, not just as a viable and powerful Assembly in Igboland that had glued Ndi Igbo together in the past, but as a potent force to rediscover the path to reawakening.

At a period, the traditional institution in Igboland has been eroded, polarized and decimated, the return of the Town Unions in Igboland has been hailed by those who truly understand it’s efficacy and potency. Reinventing the Town Unions has been Diwe’s mantra.He had led its resurgence in Imo State which served as a test run, and later on he extended it to the entire South East region.

At a period, the Igbo nation was at cross roads over incessant attacks by Fulani herdsmen on farmers in Igboland, the Diwe led Indigenous Imo Town Unions, IITU fired back, warning that if the Federal Government fails to take proactive measures to secure lives and properties of those in Igboland, people would be forced to take to traditional self defense mechanism to avoid further destruction of lives and properties.

“One of the primary duty and obligation a reasonable and caring government owed to its people is protection of life and properties. It follows that where the government fails in this important duty, the citizens will be left with no other option than to reactivate traditional self defense approach to avoid being destroyed or exterminated by the invaders or attackers,” IITU fired in its statement.

Propelled by the success of IITU, Diwe in his pragmatism and sagacity set up the Association of South East Town Unions, ASETU, which has become the most vocal group in the South East which has relentlessly echoed issues affecting the Igbo nation.

ASETU earned accolades from far and near, when Diwe decried the level of neglect of the South East geo political zone. For Diwe, Igboland can overtake Lagos, Abuja in terms of development. He called on Ndi Igbo at home and in Disapora to divest their wealth towards home to provide jobs and development for the people.

To achieve this, the ASETU President said, “We have introduced the Aku Ruo Ulo investment initiative to catalyze and boost the Igbo homeland economy through a backward integration model which is a self-help paradigm, for which the Igbo are exclusively known”

He explained the initiative as “an action plan for making our wealthy brothers and sisters who reside outside Igbo land to begin to consciously, gradually and seamlessly repatriate their wealth back home.

“In this way, more jobs will spring up and social vices will take a nose-dive in Igbo land.

Aside Ohaneze Ndi Igbo, the pan Igbo socio political organization, no other group in Igboland has demonstrated an uncommon passion for the political and social re awakening of Igbo nation like Diwe’s ASETU.

Diwe, a one time contestant for Ideato North/ Ideato South Federal Constituency, has shown charm and panache in his undertakings.He has continuously demonstrated an uncommon passion to re invent Igbo unity, using Town Unions as it’s arrow head. ASETU has not just proved to be a rallying ground, but a driving and motivational force that has become an effective tool for grassroots development committed to the advancement of Igboland.

Aside the Late Nnamdi Azikiwe, Nigeria’s First President, whose Zikist Movement sharpened Igbo renaissance, Diwe has led ASETU to tow similar path and provided the needed platform for Town Unions in the South East to glue together and promote Igbo unity and oneness.

Reinventing the Town Unions in Igboland is Diwe’s major identity and the hands of history will so kind to remember him for achieving such rare feat.

Ihedioha In London, Vows To Alleviate Suffering In Imo

innonews - April 15, 2019 0
Imo State Governor Elect, Hon.Emeka Ihedioha was in London, UK at the weekend where he...

innonews - April 5, 2018 0
Imo State Deputy Governor, Prince Eze Madumere has unveiled reasons why he rejected the offer made to him to run for Owerri senatorial seat...