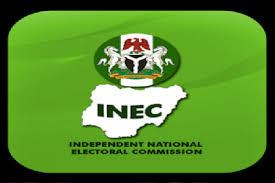 The Independent National Electoral Commission, INEC has given reasons for moving the Collation Centre for Okigwe senate election which holds from On December 5, 2020, to its headquarters, in Owerri.

According to Festus Okoye, INEC National Commissioner for Information and Voters Education, said the decision of the commission “was to forestall deliberate disruption of collation election results in the senatorial district”

He said “The Commission has had very difficult experiences managing elections in the Imo North Senatorial District over years, particularly regarding attempts to disrupt collation of results. to forestall deliberate disruption of collation of results, the collation of Local Government Levels results will not take place in the constituency”.

INEC had announced that 14 candidates are taking part in the Okigwe senate election.

Analysts however say three major political parties look good to win the contest. They are candidates of the Peoples Democratic Party, PDP, Emmanuel Okewulonu, All Progressive Grand Alliance, APGA, Chibuike Onyirimba. The All Progressive Congress, APC has Senator Ifeanyi Ararauem as its candidate, though Frank Ibezim, is also parading himself as candidate of the party.