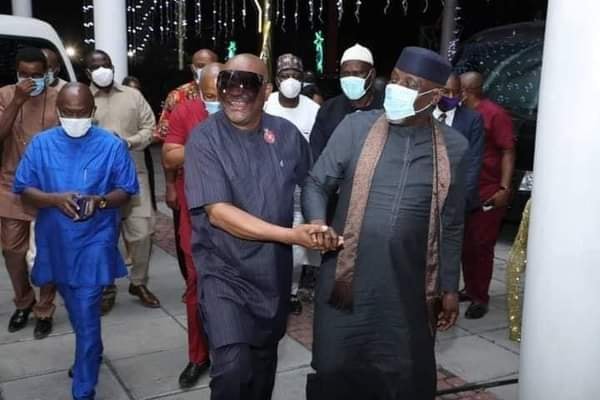 Former Governor of Imo State and Senator representing Orlu zone at the senate, Senator Rochas Okorocha was in Port Harcourt, Rivers State capital on the invitation of Governor Nyesom Wike.

Wike’s invitation to Okorocha attracted widespread speculation across the political divide in the state, coming barely a week Wike had also invited Sokoto State Governor, Aminu Waziri Tambuwal to Rivers State, for commissioning of a project in the State.

Okorocha in his speech at the commissioning of the Rumueche- Rumuakunde- Ohna- Awuse Road in Emohua Local Government Area of Rivers State, spoke on the prospect of a new political force springing up ahead of the general elections in 2023.

While calling for a synergy between leaders of the South East and South South zones in view of similarities in culture, Okorocha called for an alliance of like minds in the APC and the PDP.

“Then just imagine that I join forces with Wike; something will happen.

“Governor Wike, this is my hand of friendship. Let us bring like-minds and all the great people of Nigeria and those that are complaining let us make this nation greater,” Okorocha said.