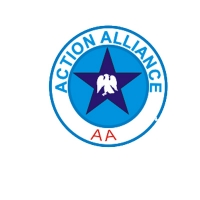 The State Publicity Secretary of the party, Dr. Stephen Anyamele disclosed this while fielding questions from journalists, weekend, in Owerri, the State capital.

Anyamele said the exercise is in tandem with the provisions of the party’s constitution, and would be monitored by the appropriate authorities.

According to him, the state congress has also been slated for January 30, 2021.

When referred to some newspaper reports, which painted an ugly picture of the state chairman, Anyamele, describing those behind the publications as hirelings, said joining issues with them would tantamount to giving them undeserved relevance.

“Come to think of that, who are these people in the first place? When did they join AA? To me, just like the state chairman has rightly said; they are inconsequential. My boss, I mean the state chairman of our great party, Comrade Ifeanyi Okponwa- Eze, is in the same professional calling with you guys, and he’s good with pen. If he’s interested in what they are publishing, he would have spared sometime for them”.

“Okponwa-Eze is presently encumbered with issues bordering on taking the party to higher heights in the state. They are agents of destabilization, and we have been able to unmask them. I purposely don’t want to call their names. Like I said, I want to obey the state chairman. Those craps are not worth mentioning on the pages of newspapers”.

“I referred to them as craps because they’re being used as dices in a gambling game. They are in Action Alliance to replicate what they did in the rested SDP when they accused the then chairman of embezzling N50m just to cause confusion within the ranks in the party. They used a respectable leader in AA who knew just little about them to join the party four months ago. They use all kinds of things in their nefarious enterprise, and they go together always”.

“In our case, the man first joined, then, later he brought the lady. Their heights, in fact, also deceived our chairman who thought they have something upstairs. The chairman gave them very sensitive positions, which they used to wreak havoc in the recent Imo North senatorial by-election; please I don’t want us to go into details on this. I was just asked to come and inform you on our forthcoming congresses”

“The so called secretary was sacked by his ward and LGA executives; the same with the one who calls herself a woman leader. But the state chairman was magnanimous enough to allow them go through the panel set up by the party to look into its abysmal performance at Okigwe election. They refused to honour the panel’s invitation, and resorted to writing rubbish on newspaper pages”.

The AA Publicity Secretary regretted that the expectation of the party at the Okigwe election was not met owing to sabotage by those he described as wolves in sheep’s clothing, but assured that the party would bounce back, come 2023.