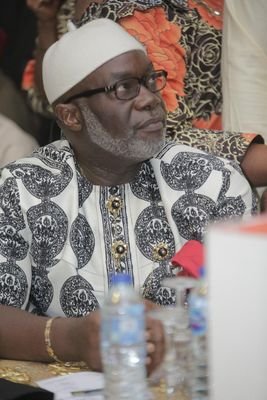 Editors of Imo state based newspapers and online outfits, have advised Senator Ezenwa Onyewuchi, who represents Owerri zone at the senate, to show his projects to the media.

The Editors also fumed at a recent parley between the Senator and a group of journalists, who impersonated the Editors Forum in the State.

“Though Senator Onyewuchi has the right to interact with journalists, we are stunned how FINE was impersonated at the parley”

The Forum advised the Senator to show his projects to the media, in order to erase the notion that projects of some legislators in the State exist on the internet.

“The Senator has consistently brandished his numerous projects at very fora. FINE implores him to showcase these projects to the media. And we offer to embark on an assessment tour of these projects in Owerri zone, to ascertain their existence and functionality, to douse growing suspicion that some of our legislators showcase “internet projects”, the statement stated.

The Editors said henceforth it has beamed its searchlight on elected and appointed public office holders.

innonews - May 26, 2020 0
The Peoples Democratic Party, in Imo State has not been the same after losing the governorship of the state to the All Progressive...

innonews - July 23, 2020 0
A Federal High Court in Abuja has upheld the decision by the Independent National Electoral Commission (INEC) to de-register the Democratic People’s...