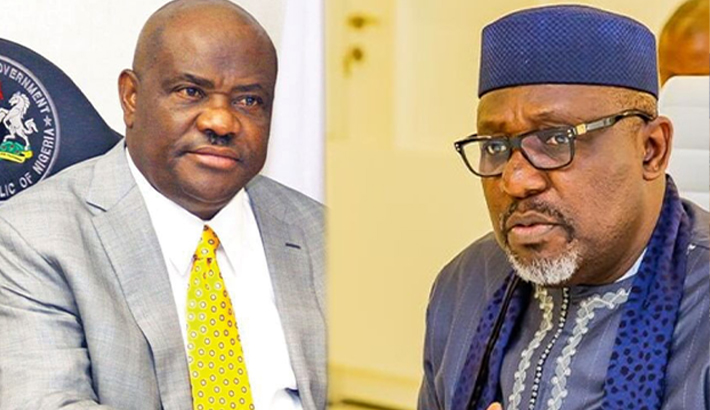 Another report said the party may have been unsettled over the development.

The PDP in Imo State was a fierce critic of Okorocha’s administration when the latter was Governor of Imo State for eight years.

Okorocha’s son in law, Uche Nwosu was defeated in the 2019 governorship election in the State by Emeka Ihedioha of the PDP.

Deadly altercations had ensued between Okorocha and the then PDP led government in the State led by Ihedioha, before the latter was removed from office via verdict of the Supreme Court on January 15, 2020.

Okorocha was in Rivers State on Monday where he commissioned the Rumueche- Rumuakunde- Ohna- Awuse Road in Emohua Local Government Area of Rivers State. The Senator who represents Orlu zone in the senate, spoke on the prospect of a new political force springing up ahead of the general elections in 2023.

Okorocha is of the APC and Wike, a serving governor of PDP extraction.

Analysts had predicted that Okorocha, a founding member of the APC may be “testing the waters” to join the PDP ahead of 2023 general election. He is not having easy in the APC where he is en-capsuled in a battle for the soul of the party with Governor Hope Uzodimma.

“So, what is the big deal if Okorocha was invited by Wike to commission some projects in Rivers State?. Why blow this matter out of proportion?. Governor Wike has the right to invite anyone to his State, though in politics, there is room for alignments and realignments. There is no basis for his visit to unsettle the PDP in Imo State. he said

innonews - December 24, 2018 0
I felicitate with all Nigerians, particularly our Christian brothers and sisters, on the joyous occasion of...

innonews - December 9, 2017 0
Four vehicles and generating sets and 300kva transformer were among many items consumed in the fire outbreal that rocked Newton Hotel, Owerri. No lives were...

innonews - October 9, 2017 0
In furtherance of its urban renewal programme, bulldozers of the Imo State government on Monday morning commenced the demolition of a shopping plaza located...