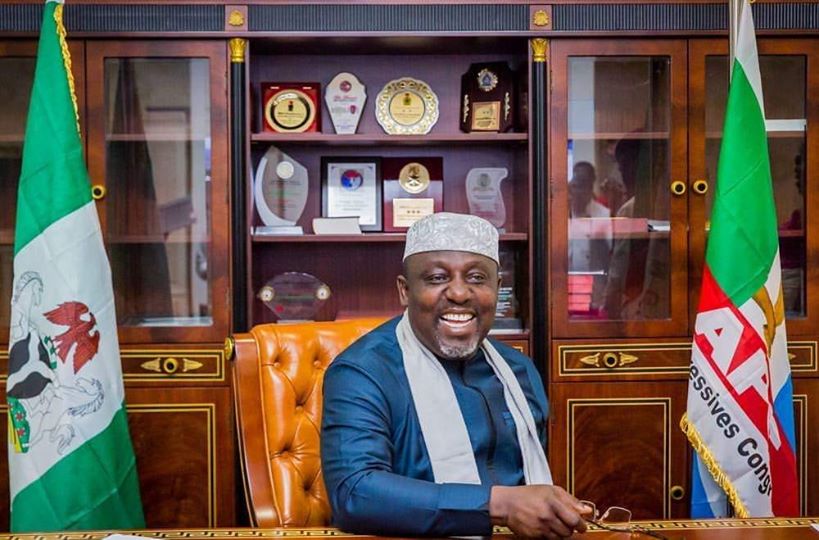 The South East Coalition For Good Governance, SECGG, has advised former Governor of Imo State, Senator Rochas Okorocha, not to believe that the “miracle of 2015 which occurred in the nation’s political landscape will reoccur in 2023”

In 2015, the All Progressive Congress, APC ended 16 years reign of the Peoples Democratic Party, PDP by winning the presidency which ushered in Muhammadu Buhari as President.

Senator Okorocha, then Governor of Imo State, was one of the founding leaders of the APC.

Okorocha on Monday, however said he and other progressives will form a new political movement ahead of the 2023 presidential election, thus signaling his intention to dump the APC.

The Senator stated that the APC has been hijacked, and is a congregation of persons who were desperate to take over power from the PDP in 2015.

He said “Former Governor Okorocha and other Nigerians have the right to form another political party. But he should drop the idea. He should not believe that the way APC won the presidential election in 2015, will re occur again with his new political party

“Nigerians are wiser. They know better. Never again will they be fooled the way they were deceived in 2015. In 2023, it will be difficult for a new political party to come from the sky and easily ride to power. The political narratives in 2015 and now, are not the same.

“Politics of 2023 will be influenced hugely by the factor of zoning. Already there is fierce agitation by the South East for the presidency and their demands are justified.

“Between the APC and the PDP, I think Nigerians have evaluated the two major political parties. And I believe they are content with the two parties despite their imperfections.  And for another party to come on board in the morning and cruise to power in the evening, I think it is not possible at the moment

Ukandu said the SECGG remains committed to power shift from the North to the South, stating that the South East zone within the ambit of fairplay, deserves to produce the next president of the country.

2023:Is Okorocha Heading To PDP?, Ex Gov Meets Wike Twice In A Month

innonews - August 17, 2020 0
The All Progressive Congress, APC, in Imo State, has opted for a consensus approach to elect it's flagbearer...

innonews - November 5, 2019 0
By David Uka, Abakaliki Tragedy occurred at the weekend as three kids of same parents lost their...