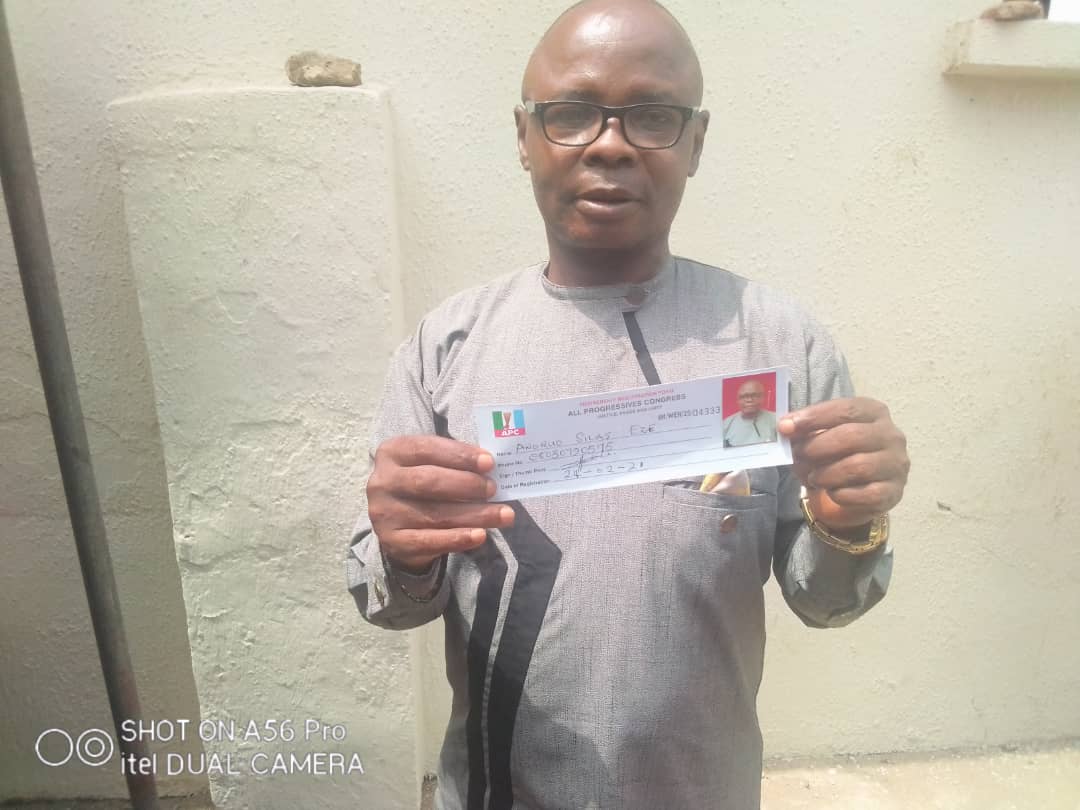 Speaking to newsmen shortly after he registered with the party, Anoruo said the APC remains the right political platform for him to realize his political vision.

He recalled that he is among those who toiled for the success of APGA in the State, recalling how the party was later hijacked by some forces prior to the 2019 general election.

“When we were in APGA, the party was later hijacked by Senator Ifeanyi Araraume, and some of us who later formed the New APGA where those who were aggrieved converged. But unfortunately, we met a similar treatment in the N-APGA.

“After that sad experience, I had to wait a little and after consultations with my political structure, I now decided to join the APC which is the ruling party, and where I believe I can realize my vision.

Anoruo said the APC administration led by Governor Hope Uzodimma in the State is living up to expectation, commending the Governor for the  massive construction of roads in the State.

He said “Senator Hope Uzodimma has performed very well within a short time in office. He will perform far better if he is allowed to concentrate and not to be distracted.Within a short period of time, we can see results, unnlike when the PDP was in power and for eight months they did nothing”

Among those who joined Anoruo to join the APC include Hon Osita Onuoha, an aspirant of APGA in Mbaitoli Local Government Area, who described Rev Anoruo as an asset to the APC in the State.

innonews - January 18, 2018 0
In what appears a deft move to swell his political camp and weaken that of his adversary, serial governorship aspirant and a chieftain of...

Why So Much Bile And Anger In Imo Politics? BY COLLINS...

innonews - July 15, 2020 0
By Collins Ughalaa If you have been reading the news about Imo State in recent times, you would see...

Iwuanyanwu Blows Hot Over Ebonyi Massacre, Tells FG What To Do

innonews - April 1, 2021 0
Elder Statesman, Chief Emmanuel Iwuanyanwu has condemned the massacre of some persons in Ebonyi State by suspected killer herdsmen just as he...