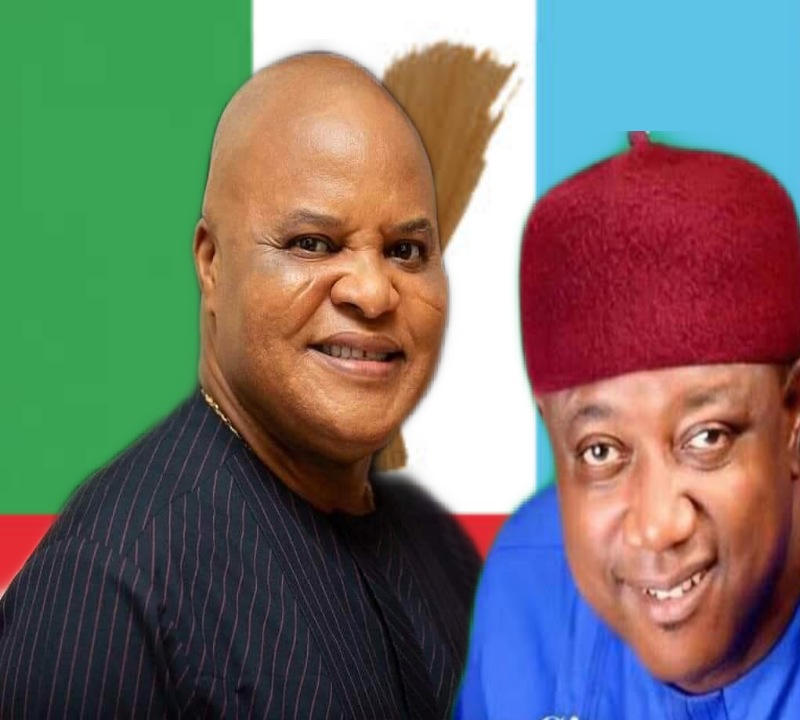 Legal fireworks between Senator Ifeanyi Aararume and Frank Ibezim, over Okigwe senate seat has continued, with a Federal High Court, sitting in Abuja scheduling March 16, 2021 for judgment that will decide who is the candidate of the All Progressive Congress, APC in the December 5, 2020 Imo North Senatorial election.

Araraume and Ibezim had been entangled in political and legal fireworks over who goes to the senate to represent Okigwe zone.

Justice Taiwo Taiwo, the presiding judge said his verdict would be based on judgment of the Appeal Court and Supreme Court.

Recall that the Independent National Electoral Commission, INEC, had declared the APC as winner of the election but did not return any candidate.

The Supreme Court had dismissed Ararume’s application against Ibezim, adding that Ibezim (an APC contestant and first respondent in the case), was not granted fair hearing by a trial court which ruled against him.

Also, the Appeal Court, Abuja had also affirmed the Justice Inyang Ekwo’s disqualification of Ibezim over inconsistent information in the school certificate he tendered to INEC and APC; this was after the lawyers had agreed that the apex court’s judgement had no bearing on its verdict.

But Justice Taiwo, on February 9, told the lawyers to submit the separate judgements for his perusal.

He also contended that the Supreme Court made no decision on qualification or disqualification.

“My lord, the two judgements of the Court of Appeal conclusively disqualified Ibezim (the third Defendant) in this matter, therefore we have three concurrent findings of the trial court and the two court of Appeal judgement, disqualifying Ibezim; meaning that the third defendant cannot be an aspirant or a candidate which was why we did not join him before he forced his way into this matter.

He further added that “regarding the Supreme Court judgment, I submit that they are not relevant to this matter; the narrow point in that matter is that no relief can be granted against a non-party (Ibezim) to a suit.

“I urge the court to be bound by the Court of Appeal judgement because it is relevant to the issue in this matter, and not the Supreme Court judgement.

“Grant the reliefs of the plaintiff because he is the candidate of the second defendant in the election under reference…,” he said.

But the APC counsel objected, saying that even though all parties are bound to follow the decision of the judgement of the Appeal Court and Supreme Court under review, the apex court verdict has an effect on Ararume too.

But the APC did not comment on the FCT Appeal Court judgment on Ibezim’s disqualification.

On her part, Ibezim’s counsel, Mrs. O. Daudu, told the judge that the matter was predicated on the judgement of the Federal High Court, Owerri (in Ararume’s favor) which had been nullified by the Supreme Court on the 5th day of February 2021.

“Can the plaintiff enforce judgement that has been nullified by the Supreme Court?” she asked, adding that, “If the question is not answered in the affirmative, I urge my lord to dismiss the plaintiff’s suit as he has no locus in this matter before your lordship.”

But the judge asked her to interpret the meaning of the Appeal Court judgement on her client (Ibezim), but she failed to respond.

Also, Ararume’s counsel countered her and alleged that “our suit is based on the trial court judgement of Justice Inyang Ekwo,” not that of Owerri.

After hearing them out, Justice Taiwo said he would deliver judgment on the suit on March 16.

innonews - March 11, 2018 0
A governorship aspirant on the platform of Green Party of Nigeria, Hon Stephen Chiadikaobi Emeghara has condemned in strong terms treatment meted to the...

innonews - January 3, 2019 0
President Muhammadu Buhari has inaugurated his youth and women Presidential campaign teams. The event took place at the...

innonews - May 17, 2019 0
The Imo Commandant of the Nigeria Security and Civil Defence Corps (NSCDC) Com. Raji Ibrahim, has called for...