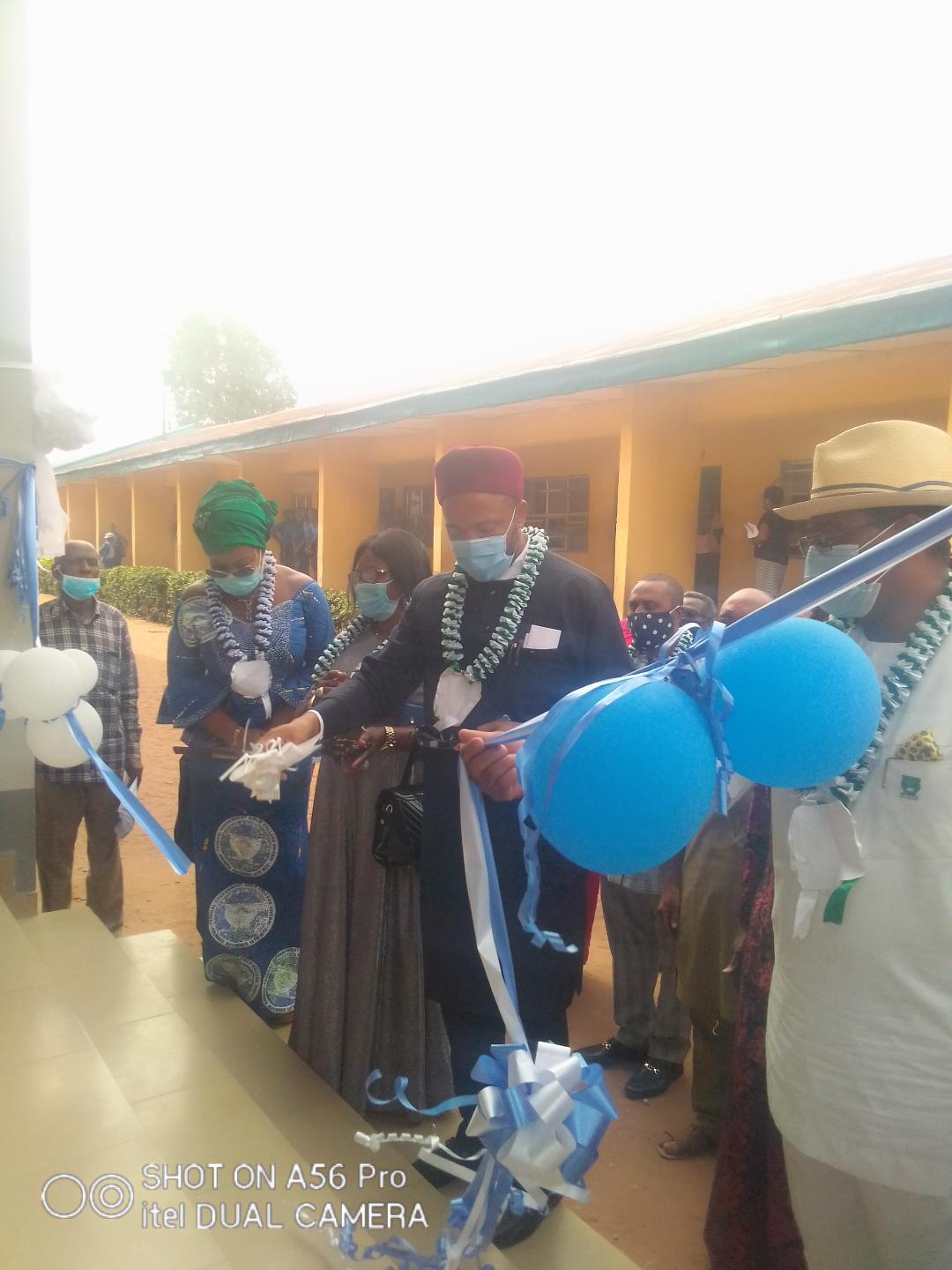 The handover is in line with other numerous projects embarked on and completed by the Old Girls Association.

Speaking at the hand over ceremony, Minister of State, Education, Hon.Emeka Nwajiuba said the FGGC, Owerri, is the most sought secondary school in the federation.

He commended the Old Girls Association of the College for putting up the modern classroom block, which he noted, signifies their commitment to the continuous development and further growth of the College.

He charged the students to make good use of the classroom block, and emulate the ideals and vision of the Old Girls Association of FGGC.

Nwajiuba promised that the Federal Ministry of Education will ensure that the College gets a permanent site.

National President, FGGC, Old Girls Association, Owerri, Dr (Mrs) Nkiruka Nwachukwu, in her speech, said the FGGC Old Girls Association, is committed to the promotion of the welfare and infrastructural development of their alma mater, in a bid to rekindle and sustain the founding mission, vision and ideals of the college.

In her remarks, the Director/Principal of the FGGC, Oweri, Mrs Chinwe Obiagwu, said the Old Girls Association has been of immense support to the college.

She said the newly constructed classroom is designed to improve teaching and learning and, would go a long way in de-congesting over crowded classrooms.

The highlight of the event was the official presentation of 20 modern computers to the college by an old girl and MD, Fidelity Bank PLC, Mrs Nneka Onyeali-Ikpe.

Ihedioha To Okorocha: I Have No Hand In Your Travails

innonews - July 24, 2019 0
Imo State Governor, Emeka Ihedioha, has made it clear that he has nothing to do with the recent sealing of several...

innonews - February 18, 2022 0
Imo State Governor, Senator Hope Uzodimma, has appealed to Imolites to go get vaccinated, in order to protect themselves from the deadly...

innonews - May 16, 2022 0
The Video shows in five minutes, the achievements of the Governor Hope Uzodimma administration. https://youtu.be/VP0LjWQZFVU?t=144