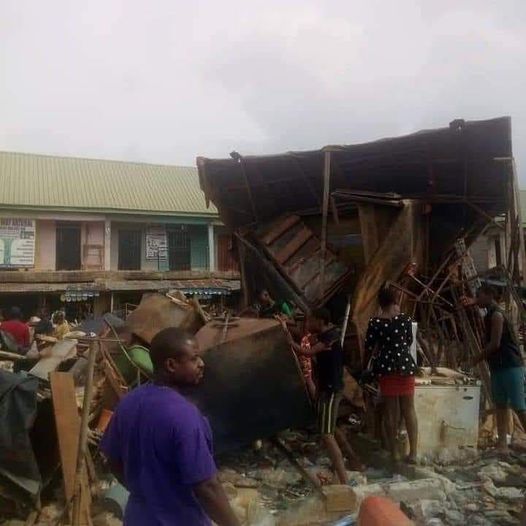 There was commotion at World Bank market, New Owerri, when parts of the market were demolished by officials of the state government on Saturday, causing panic and anxiety among traders at the market and residents of the area.

An eye witness said those who carried out the demolition of the market were officials from the Owerri Capital Development Authority, OCDA.

Some traders who spoke on condition of anonymity said they were not given enough notice before the market was brought down before the bulldozers moved in on Saturday.

According to him, notice were given to traders as between May and November 2020, he had informed the traders of the state government’s resolve to demolish the shanties.

“I personally went to that market in May and November, 2020, with a public address system, telling the traders to vacate because the government wanted to destroy the shanties. What we destroyed was not the structures in the market but the shanties that were defacing the market” he was quoted by THE PUNCH

innonews - June 5, 2019 0
A one time governorship hopeful in Imo State, Dr. Kenneth Oparaugo, has suggested to the State Governor, Emeka Ihedioha, how his...

innonews - June 26, 2019 0
Super Eagles of Nigeria have emerged the first team to qualify for the knock out phase of the ongoing Africa Cup of...