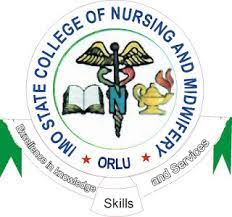 Some students and staff of Imo State College of Nursing Sciences Orlu, have disowned the publication in the Nigeria Newspoint Newspaper credited to them.

While reacting to the publication in the Nigeria Newspoint of Wednesday, 3rd of February 2021, the staffs and students described the publication as filthy lies and a propaganda, pointing out that those behind the publication deliberately misinformed the general public for their selfish interests.

Few students who pleaded anonymity, blamed the Commissioner for Education, for always interfering with their examinations in the College. The students cited the First Semester examinations of the 2019/2020 set of students that held sometime in July of 2020 and the General Nursing Council Examination (GNCE) that held in August of 2020, where Ikegwuoha disrupted their examinations which almost resulted in the cancellation of the August 2020 GNCE by the Nursing and Midwifery Council of Nigeria and closure of the College. Albeit, the Secretary General of the Nursing and Midwifery Council of Nigeria visited the State and College and warned against interference.

A bold student by name Chinenye confidently stated that there was no extortion at her school Imo State College of Nursing Orlu.

Recall that sometime last year, Prof. B.T.O. Ikegwuoha had alleged that students of our school were extorted online and on papers across the state but was refuted by the students and some parents.

In other reports, some academic staff of the College who also spoke under anonymity, disassociated themselves from the publication and accused the Commissioner for Education of having a hidden agenda for the institution.

Another Management Staff of the institution, who spoke on condition of anonymity, questioned the rational behind the constant interference in the examination of the College by the present Commissioner of Education, Prof. B.T.O. Ikegwuoha, pointing out that his actions were suspicious and will be detrimental to the College before the Nursing and Midwifery Council of Nigeria.

“How can students who failed the College examinations dictate how or when they will resit for the examination? Some recalcitrant students went to the Commissioner for Education and complained about their resit examinations  and without inquiries Ikegwuoha cancelled the promotion resit examination scheduled by the College. The truth remains that the Commissioner for Education and some persons are playing politics with this College of Nursing in Orlu which is so sad, it is jeopardizing the life of innocent students in that College. Instead of uplifting the present sound academic standards of the College some persons are hell bent on destroying it to the detriment of the society, it is quite unfortunate.”

However, there are strong indications that following the inability of the affected students to bribe their way out, they may have allegedly financially  induced the Commissioner which made him to cancel the promotion resit examinations to prevent them from being demoted.

The management staff continued “Only God knows what demoted students like Nomeh Ruth C. gave to him that made him take these actions that will jeopardise the future of the College before the Nursing and Midwifery Council of Nigeria. Everybody in the College knows Nomeh is an unserious student, she hardly goes for classes. It is unfortunate that students like Nomeh Ruth C. are tools for the Commissioner for Education to pursue his selfish  intentions for the College. What could make a Professor to protect a student who failed five courses from a demotion? A Management staff who pleaded anonymity queried .

“According to page 7 of the General Nursing Curriculum of the Nursing and Midwifery Council of Nigeria, “…The pass mark for each course shall be 50%. The student shall be allowed to resit any failed course. A maximum of three courses shall be allowed for resit per semester.”..

Starpost Express Newspaper reliably gathered that Nomeh Ruth C. in her secret chats with the Dean of Students Affairs Mr Obianuju Duru accepted she failed in five courses and that she was a truant and unserious student, she also solicited for help.

Reading through Nomeh’s secret chats to the Dean clearly shows that her allegations of sexual harassments were incited, malicious and despicable. Perturbed students of the College made these secret chats available to our correspondents after the Dean had posted them in their WhatsApps platform to uncover the truth on Nomeh’s alleged sexual harassment.

“Moreover all the putrid noises against Princess Ngozi Duru has always been because of her stand on academic excellence and discipline among students. Moreover it was said on Newspoint that Princess Ngozi Duru was sacked whereas the announcement on Orient IBC was that her appointment has elapsed. Why is the Commissioner of Education always interested in the academic performances of unserious students?

“Nursing is a serious Profession because it deals with human life, so the cutting of corners should be sternly discouraged. Who knows who could be the victim to a quack nurse tomorrow? Despite the disturbances of COVID 19, more than ten students made credits at the Nursing and Midwifery Council of Nigeria final qualifying examination in November of 2020 under Princess Ngozi Duru and people are here playing politics with the future of the College. Before the reinstatement of Princess, the College had scored an abysmally poor 38%.”  Some concerned student stated with annoyance.

Following reliable reports, Mrs. Hannah Offor whom Prof. Ikegwuoha announced as the acting Provost without reference to the Curriculum of the Nursing and Midwifery Council of Nigeria and the Edict of the College is on probation as she was employed by the absconded acting Provost Sr. Grace Agu in 2018 and does not possess the minimum requirements of Masters in Nursing Science to serve in capacity as an acting Provost.

Sr. Grace Agu absconded in 2019 without handing over the College to Princess Ngozi Duru till date.It should also be mentioned that Offor in 2019 served as an examination coordinator for the 2019/2020 Set during their Preliminary Training Studies / First Semester Examinations and till date results of that examination cannot be provided by Offor to Princess Ngozi Duru since 2019. This said examination sent almost two hundred students home unjustly after the absconded acting Provost Sr. Grace Agu who is a strong ally to Offor flooded the College with students beyond the Nursing and Midwifery Council of Nigeria approved admission quota. Moreover Offor is also inexperienced and a puppet for Ikegwuoha’s alleged selfish intentions for the College.

One could ask why Prof. B.T.O. Ikegwuoha would appoint Offor as Acting Provost if actually the tenure of Princess Ngozi Duru has expired ahead of three other qualified, confirmed and experienced academic staff of the institution. According to reports from Nursing and Midwifery Council of Nigeria, November 2018 General Nursing Council Examination result list, College of Nursing and Midwifery Orlu Imo State under Sr. Grace Agu as acting Provost had 38.33 percentage pass because students who failed examinations were allowed to continue while the November 2020 General Nursing Council Examination under Princess Ngozi Duru as Provost the College scored a record breaking 100.00 percentage pass. The very first time that happened in the history of the College. Princess Ngozi Duru also achieved two midstream admissions in (May and November yearly) and increased students quota from 50 to 200 students yearly. All these in less than two years of her reinstatement. Princess Ngozi Duru was focused on the National Board for Technical Education (NBTE) accreditation before her abrupt removal by the Commissioner for Education Prof. B.T.O. Ikegwuoha.

According to a grapevine  source in the Ministry of Education, the embattled Commissioner for Education Prof. B.T.O. Ikegwuoha held a meeting on Monday, 1st of March, 2021 with Heads of Departments of the institution where he told them that he is now in charge of the College of Nursing Sciences Orlu as all approvals, decisions, purchases, contracts and directives will be made and cleared by him.

“Is the College of Nursing not autonomous? Is there no Edict establishing the College? What would the Nursing and Midwifery Council of Nigeria think of all that is happening at Imo State College of Nursing Orlu. The selfish interests of the Commissioner for Education are clearly unfolding.”  A source in the college noted.

DPR Seals Off 3 Petrol Stations In Owerri, Cautions Against Infractions

innonews - March 18, 2018 0
*Ihedioha: I Will Not Disappoint Imolites In what appears an open endorsement for the governorship ambition of former Deputy Speaker, House of Representatives, member representing...

innonews - June 25, 2020 0
The Nigeria Immigration Service (NIS) has urged Nigerians who wished to apply for international passports to always follow due protocol and refrain...

innonews - January 7, 2018 0
Undoubtedly political activities will increase this year as Independent Electoral Commission (INEC) has directed all political parties to conduct their primaries and conclude their...