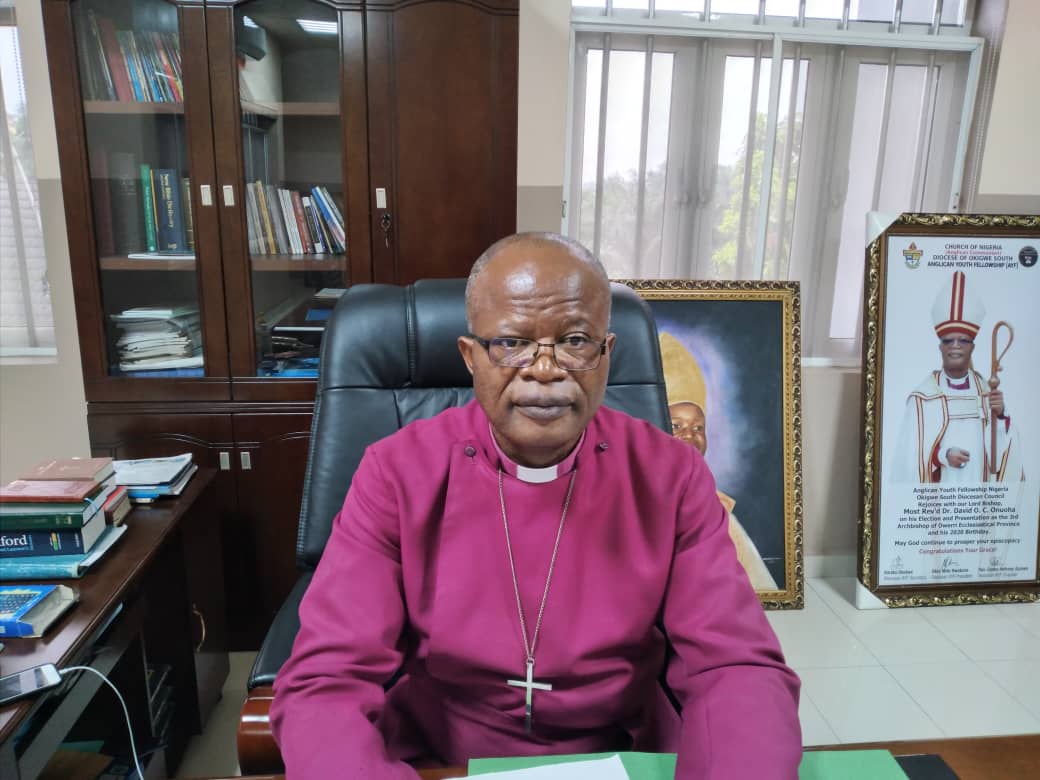 The Anglican Archbishop of Owerri, Eccelesiatical Province, Rt. Rev. David Onuoha, says attacks on security agencies in the South-East are tantamount to demobilising the region.

The Bishop also advised the South-East governors to effectively protect the region from invasion of any kind.

Onuoha gave the advice in an interview with newsmen on Thursday at his Episcopal Villa in Ezeoke Nsu, Ehime Mbano Local Government Area of Imo.

Onuoha, also the Bishop of Okigwe South Diocese, was reacting to the security challenges in Nigeria as a whole and the South-East in particular.

He expressed worry that if not checked, such security loopholes could expose the South-East to unnecessary invasion.

Onuoha noted that insecurity in Nigeria had been overwhelming but a passing phase and urged the leaders to sit up to the challenge.

He described the formation of the South-East security outfit code named, ‘Ebubeagu’ as belated but a welcome idea.

Onuoha appealed to the South-East governors to focus on its vision and properly equip those to be recruited into the outfit for effective result.

He described the attack on the Police Command and the Correctional Service Centre in Imo as unfortunate, calling for vigilance and thorough investigation to unravel those behind the ‘heinous’ crime.

“I don’t know, but God is going to do it. What we are passing through now is not the end of life. This is a passing phase and I believe tomorrow will be better.

“We have long expected this outfit from the governors of the South-East. They should equip those to be recruited so they will be used effectively to protect this part of the world from invasion by bandits and terrorists among others.

“We look forward to a time when the incident of killing of someone in the farms, and destroying farm crops will be a thing of the past so that our people will have cause to dwell in peace and safety,” he said.

The archbishop urged youths to imbibe good behaviour and fear of God and not allow anyone use them to destroy their future.

He urged the youth also not to give up on the country by jetting out in search of greener pastures.

Onuoha said that fear, suffering, poverty and hunger that had bedeviled the society would soon be a thing of the past.

He encouraged Nigerians to remain steadfast irrespective of the challenges as God was aware and in charge.

“The youth should imbibe the culture of hard work. There are youths that are genuinely surviving in this present situation.

innonews - July 6, 2017 0
Barrister Kingsley Onunuju, a chieftain of the All Progressive Congress, APC has been freed by his abductors. He spent four days in the kidnappers den. Onunuju...

innonews - July 17, 2019 0
BY RALPH EJIMKONYE, ABUJA As speculations continue to thrive on who will be the next ministerial nominee from Imo...