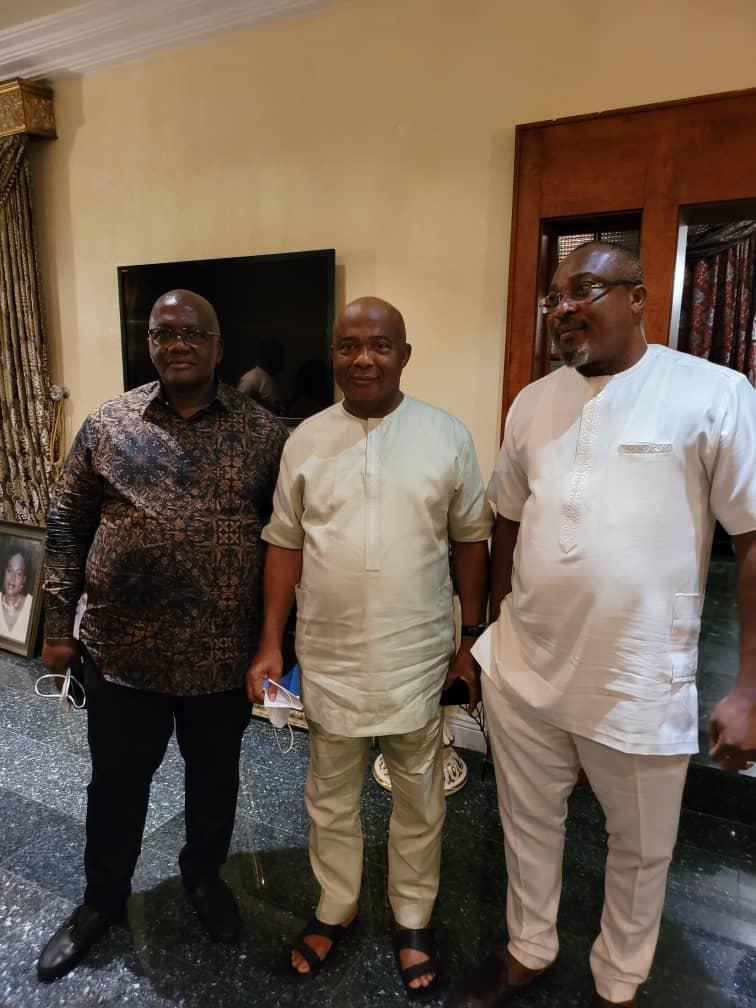 To strengthen his support base in Owerri zone has been fingered as one of the major reasons why Imo State Governor, Senator Hope Uzodimma, quickly reconciled two of his top political associates, Charles Amadi (Chavon) and Dr. Uzoma Obiyo.

The State Deputy Governor, Prof Placid Njoku is also from the area.

Uzodimma, despite the challenge of insecurity ravaging the state, reportedly met the duo in Abuja at Imo House, where he settled their rift which had led to exchange of fierce altercations in the media.

Details of the meeting were sketchy but several sources who spoke to this newspaper confirmed that a peace deal is in the air.

A report on the meeting stated “After an exhaustive heart-to-heart and brotherly deliberations, the duo agreed to sheathe their swords and close ranks for the interest of Owerri Zone in particular and Imo State.

“Dr. Obiyo and Chief Amadi in one voice thanked the governor for initiating the peace accord with firm promise to work together for actualisation of good policies and programs of 3R Shared Prosperity Government.

Analysts say Governor Uzodimma acted wisely by reconciling their duo immediately and for not allowing the matter to escalate because of the political relevance of the duo not just in Mbaike, but in Owerri zone.

A source who has closely monitored the development said “Chavon and Obiyo are great assets to Owerri zone, the APC and the governor. Allowing their feud to escalate was totally unnecessary. The Governor acted wisely and promptly. Both of them were of great help to Uzodimma during those days the latter was jostling to be governor of the state

This newspaper recalls that it was Chavon, alongside other leaders of the APC in Owerri zone, that spearheaded the grand reception for the Governor in Owerri zone recently- the first by any of the three geo political zones.

innonews - May 25, 2017 0
Manchester United captain, Wayne Rooney has said his former club, Everton is the only club he can play for after leaving Old Tradfford. Rooney spoke...

‘I Have No Choice Candidate For Okigwe Senate Bye Election’ Uzodinma...

innonews - August 25, 2020 0
BY KELECHI MADU Contrary to reports that he has a preferred choice among aspirants vying for the the ticket...