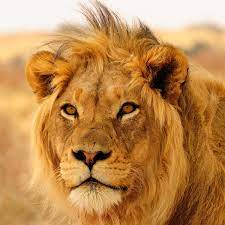 The Igbo National Council, has said the newly constituted security outfit in the South East code named ‘Ebubeagu”, lacks legal framework, as” it is not supported by any law from the State Houses of Assembly in zone”

In a statement signed by INC President, Chilos Godsent, he said “It’s surprising to note that Governors of South East Zone will rise from an intellectual exercise called Security Summit and thus announce the formation of a Regional Vigilante Security Outfit without any legal framework. This is a huge joke.

It also fumed that the Governors of the South East held a security summit without “without thorough consultation with, and inclusion of serving and retired senior military and police officers, Self-determination groups and key Stakeholders of Igbo Extraction

It added that it is “treacherous total betrayal and sabotage against the Igbo Nation for the Governors to have invited Fulani military and Police officers into such Regional Security Summit meant to exclusively discuss the home land security of the South East Zone at this critical stage in the development of Nigeria.

The INC said “The Ebube Agu as they call it may be the conduit for surveillance and intelligence gathering against the Self-determination groups based in South East Zone.

“Finally, we condemn in its totality the process of formation and announcement of the South East Regional Vigilante Security Outfit code name “Ebube Agu”.

“We therefore urge the Governors to widen there consultation with all the major Stakeholders in the zone especially serving and retired military and police officers of the South East extraction inclusive of all the Self-determination groups of the Igbo Nation” the statement read.

innonews - September 28, 2022 0
Governor Hope Uzodimma of Imo State  has pleaded with the Academic Staff Union of Universities (ASUU) to allow our children to go...

innonews - August 22, 2019 0
Super Eagles shot stopper Ikechukwu Ezenwa has signed the dotted lines for the Naze Millionaires on a two year deal at...