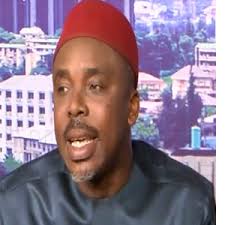 Details have surfaced why Enyinnaya Onuegbu, a lawyer and a strong pillar of Governor Uzodimma’s administration was removed from the lucrative Ministry of Lands, Physical planning and Survey to less fancied Ministry of Power.

Onuegbu was affected in a recent cabinet shake up carried out by Governor Hope Uzodimma on Wednesday.

Noble Abiaso was moved from Ministry of Entrepreneur to take over the Lands Ministry.

According to C.O.C Akaolisa, Commissioner of Justice and Attorney General, he said no Commissioner was removed rather the right persons were put in right places.

But this newspaper gathered that Onuegbu may have been a victim of a deadly conspiracy orchestrated by some powerful forces mainly Uzodimma’s kinsmen, who became uncomfortable with his meteoric rise within the ranks of the administration.

“His redeployment is an offshoot of a fierce conspiracy orchestrated by a cabal who are gradually taking hold of the Governor” a source who is privy to the undercurrents which led to Onuegbu’s redeployment told INNONEWS.

Onuegbu has been the most vocal among Uzodinmma’s appointees and had led the recovery of state government assets from former Governor Rochas Okorocha when he sealed the Royal Palm Estate and Apartments, a property linked to the wife of the former Governor.

He was roundly applauded for his action which made him the starboy of the government.

Close observers of Uzodimma administration attest that aside the Governor, none of his officials has defended the governor the way Onuegbu did.

A replica of the Cabal that reigns in Aso Rock, the cabal in Imo Government House, comprises not more than four persons including a serving Commissioner. And they are all from the Governor’s Orlu Zone. Onuegbu hails from Owerri Zone.

The source said “Onuegbu was blackmailed many times and he was even accused of nursing the ambition of becoming the Deputy Governor of the State.  They went as far as sponsoring news in blogs that he wants to take over from Prof Placid Njoku. It was the same group that blackmailed Henry Njoku (Harritex) whom they had suspected was becoming close to the Governor.

“Those who masterminded Onuegbu’s redeployment had earlier cooked up several allegations against him. They had expected that one of their lackeys will be assigned to take over the Lands Ministry which they believed was a money spinner for the outgone Commissioner. But their plan did not work

Onuegbu however has accepted his new designation.

In a statement, he said “it is a prerogative of His Excellency to reassign his appointees to where he deems fit for service to the good people of Imo State and to this, I remain faithful and commiteed to the ideals and principles of the Shared Prosperity administration of His Excellency, Distinguished Senator Hope Uzodimma”

innonews - June 11, 2018 0
The popular Nollywood producer and director Tchidi Chikere on Saturday, tied the nuptial knot with her Love Nuella Njubuigbo an actress. The wedding was...

innonews - May 25, 2022 0
Former Majority Leader of Imo State House of Assembly, Hon.Lugard Osuji, has emerged the candidate of the All Progressives Grand Alliance, APGA,...

innonews - June 30, 2022 0
The House of Representatives has passed for second reading a bill to establish the election offences tribunal. The bill,...