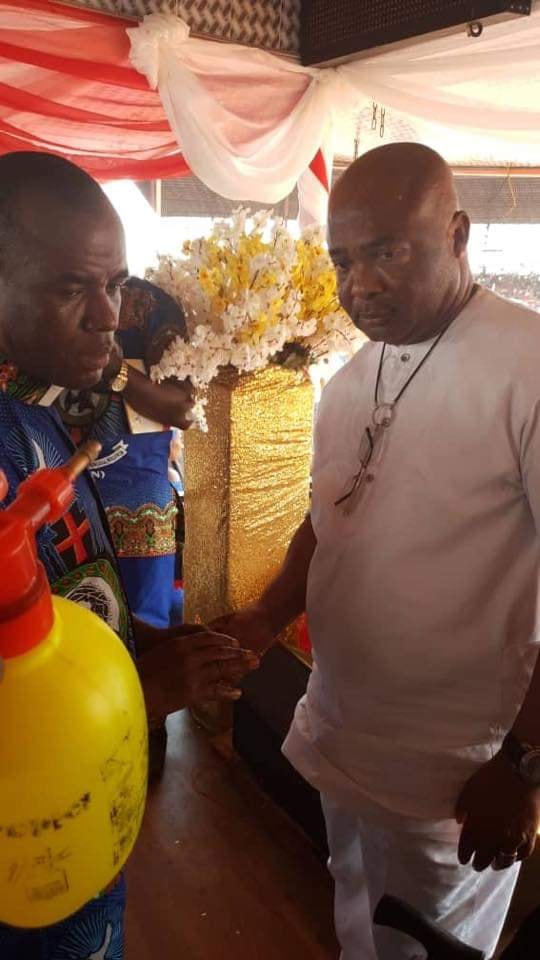 The Cleric however hailed leader of the Indigeneous People of Biafra, IPOB, Mazi Nnamdi Kanu for being courageous and standing up for his people.

He said “They said I was the one that prayed for Hope Uzodimma. Hope Uzodimma was like a vision that came to me, how am I involved in it?. The message from God, just passed through me. I don’t know his political story. Till today someone (Uzodimma) who became Governor has not come to give thanks to God here.I know if he is receiving audience from this sanctuary he will not be messing up.

On Nnamdi Kanu, he said ” I want you know that up till today, I don’t know who is Nnamdi Kanu, I have never seen him face to face but wherever he is may God bless him. It is not a bad thing if someone has risen up to shout that his brothers are suffering, May the lord bless his courage.

Recall that on January 1 2020, Fr Mbaka had prophesied that Uzodimma will become Governor of Imo State.

Few days after his prophecy, the Supreme Court sacked Governor Emeka Ihedioha of the PDP and declared Hope Uzodimma of the APC as his duly elected Governor of the State.

Speaking during his church programme, Mbaka had said Uzodimma’s return would be among the things that would shock Nigerians in 2020.

innonews - January 21, 2018 0
The race to the 2019 governorship election in Imo State is gathering momentum following the declaration by a chieftain of the Peoples Democratic Party,...

innonews - October 13, 2018 0
Forbes Africa, a major global research firm, has rated Nigeria as the 2018 best economy in Africa, beating South Africa, Egypt and others. According to...