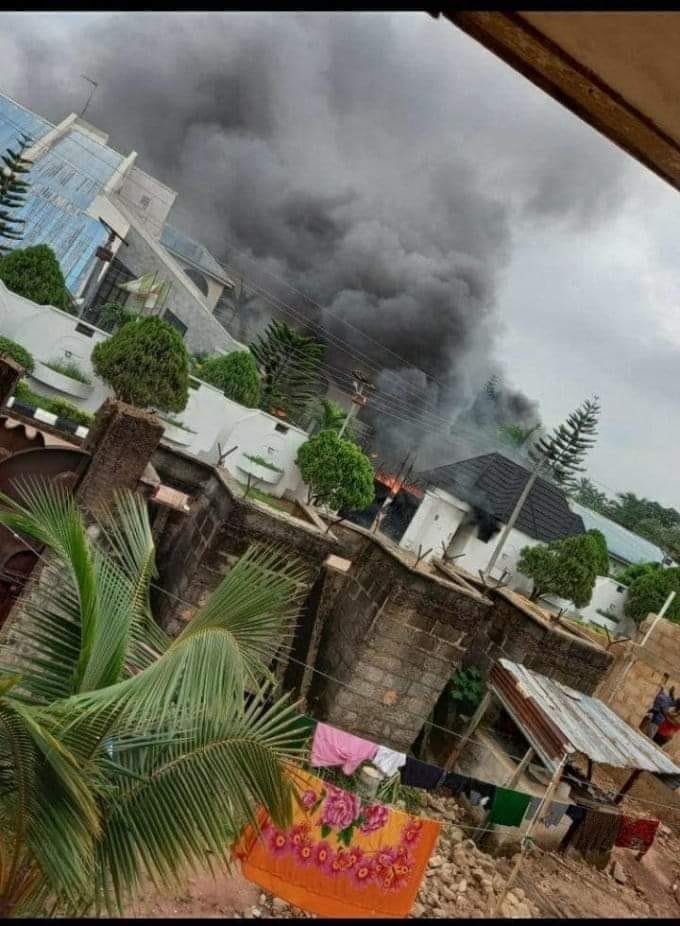 The Imo State government has  given sketchy details how some unknown gunmen attacked the Omuma country home of Imo State Governor, Sentor Hope Uzodimma on Saturday.

According to Declan Emelumba, State Commissioner for Information and Strategy in a statement, he said “ gallants security operatives this morning repelled an attack on the Omuma country home of the governor of Imo State, Senator Hope Uzodimma

The statement continued “At about 9am today, Saturday, April 24th,  a group of hoodlums numbering about 15 driving in a motorcade of three vehicles accompanied by a tipper loaded with used tyres,  stormed the country home of the governor in Omuma,  Oru East  LGA and attempted to burn down the house.

“However, vigilant security operatives attached to the Governor’s house successfully repelled the attack and consequently minimised the damage they had planned to unleash.

In the cross fire that ensued a few casualties were recorded.  Preliminary investigation suggests that the foiled attack may have been politically sponsored

Tension In Imo APC Over Supreme Court Verdict, May 27

innonews - March 4, 2022 0
There is peace of the graveyard in the All Progressives Congress, after the Supreme Court slated May 27 for verdict on the...

innonews - May 25, 2020 0
A former Director General of Imo Broadcasting Corporation, IBC, Owerri, T.C Okere, has stabbed his wife to death.

innonews - February 3, 2019 0
The war of nerves between Imo State Governor, Rochas Okorocha and the National Chairman of the All Progressive Congress, APC, Comrade...