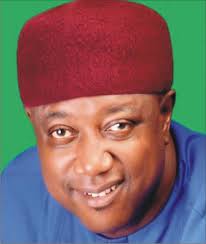 Ibezim received the COR, Friday, at the headquarters of the Electoral Commission on Friday in Abuja.

Last week, the Supreme Court declared Mr. Ibezim, as the authentic candidate of the All Progressive Congress, APC, in the December 5, 2020 Imo North Senatorial election.

Allegations of certificate forgery instituted against him by Senator Ifeanyi Araraume, was also quashed by the nation’s apex court.

innonews - March 15, 2021 0
Since the creation of Imo State in 1976, a total of sixteen administrations have piloted the affairs...

innonews - November 5, 2017 0
Political gladiators from Imo State irrespective of political leanings reunited at the 75th birthday ceremony of Chief Emmanuel Iwuanyanwu in Abuja. It was a gathering...

innonews - March 31, 2021 0
BY RALPH EJIMKONYE The reported exit of Member of the House of the Representatives, Hon Chike Okafor, from the...