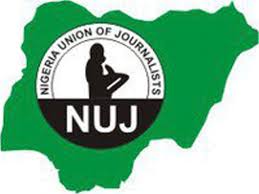 The Nigeria Union of Journalists (NUJ), Imo Council has condemned in its entirety the attack on the country home of the Imo State Governor, Sen Hope Uzodimma by unknown persons.

The Chairman of the union Chief Chris Akaraonye who condemned the act said the attack on the governor was one too many in attacks that had bedeviled the state in the recent past.

He called on the state government to engage all machineries necessary to bring the perpetrators of the crime to book as well as ensure that such attacks are checked.

Akaraonye commended the security agencies in the state for their efforts so far in securing the people of the state and urged them not to rest on their oars at ensuring that crime rate was minimised if not totally eradicated in the state.

He promised on behalf of the union to partner with the state government and the security agencies where necessary in making Imo state and its environs crime free and a peaceful environment adding that no meaningful development would be expected in a crisis ridden environment.

The NUJ Chairman commiserated with the families of the security agencies that lost their lives in the attacks and urged them to take solace and comfort in God.

He called on parents, religious leaders, traditional rulers and other stakeholders in the state to rally round the state government in finding lasting solution to the increasing crime in the state.

In a related development, the council disowned a purported caretaker committee of the Union.

“The attention of the  leadership and members of the Nigeria Union of Journalists, NUJ, Imo Council, has been drawn to the activities of a group of persons led by the Publisher of Nigeria Watchdog Newspaper, Precious Nwadike who are parading themselves as Caretaker Committee of NUJ in Imo Council.

“The executive of Imo Council of the Nigeria Union of Journalists wishes to state as follows; That the NUJ in Imo Council has an executive led by Chief Chris Akaraonye whose three year tenure has been running since 2019.

“That there is no Caretaker Committee in Imo Council of the NUJ and anyone parading or impersonating as such is doing so at his or her own  risk.

“That executive leadership of every Council in NUJ emerges through an electoral process that is supervised by the National leadership of the Union.

“That the said Precious Nwadike is a publisher of a newspaper and is not a member of  Imo Council of the NUJ.
That law enforcement agencies are investigating this clear case of impersonation and will take care of the matter according to the laws of the land.

innonews - April 14, 2022 0
BY ADANNA CHIEGE The race for the presidency has started in earnest with the South East zone making a...

innonews - June 21, 2018 0
The national convention of the All Progressive Congress, APC may have re- opened fresh hostilities among the two contending forces in Imo State chapter...

innonews - June 15, 2017 0
Imo State Governor, Rochas Okorocha has revealed what transpired at a closed door meeting between Igbo leaders and Acting President, Yemi Osibanjo at the...

Snakes Chase Away Liberian President, Weah Out of Office

innonews - April 19, 2019 0
Liberian President, George Weah was chased out of his office by snakes. The BBC reports that the snakes forced Weah to...