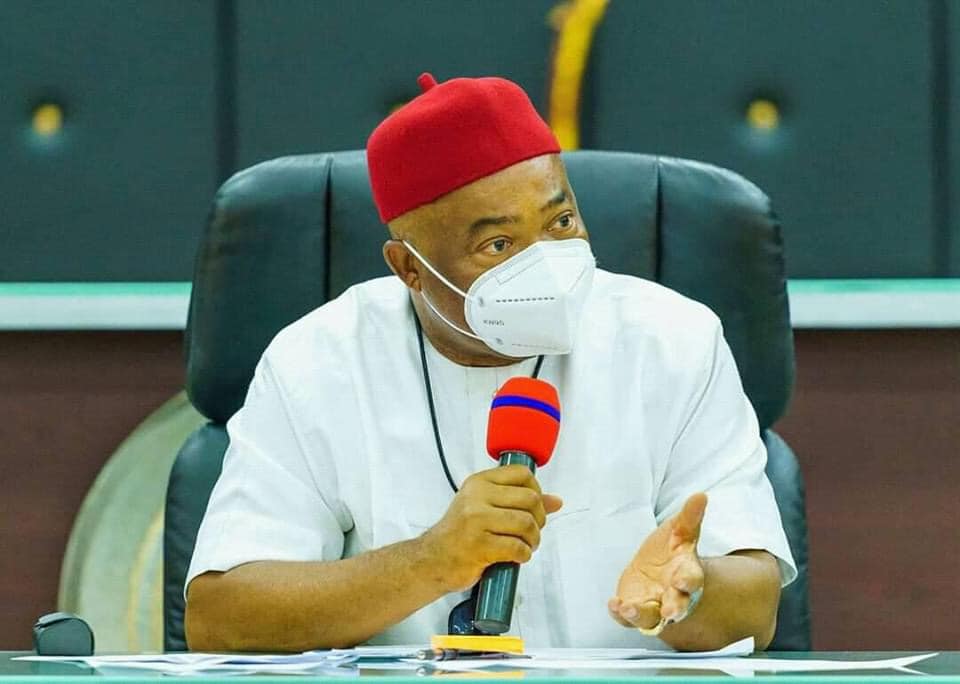 There are fresh dynamics in Imo politics, particularly within the confines of the ruling party, with clear indications that Governor Hope Uzodimma is reaching out to the Coalition group also known as “Allied forces” existing in Imo APC.

The Coalition or Allied forces had in 2019, been in the forefront to scuttle plans by then Governor of Imo State, now Senator, Rochas Okorocha, to impose his son in law, Uche Nwosu, as his choice successor, for Imo governorship.

It was TOE Ekechi, who led the group, to declare the “Imerienwe declaration”, targeted at foiling Okorocha’s plans. Other prominent members of the Coalition include former Deputy Governor of Imo State, Eze Madumere, former Secretary to Imo State government, Sir Jude Ejiogu, among many others.

That declaration served as a rallying point for aggrieved members in Imo APC, who came together to scuttle Okorocha’s desire to impose Uche Nwosu, as his sucessor.

However, the Allied forces went in limbo, after Emeka Ihedioha of the Peoples Democratic Party, PDP, won the 2019 governorship election.

When Ihedioha was removed from office by the Supreme Court and replaced him with Senator Hope Uzodinma of the APC, the Coalition showed signs of revival, but operated on a low tempo, since there was no greenlight forthcoming from Uzodimma.

For 14 months Uzodimma has been in power, they have stayed in Iimbo, as members of the Governor’s political structure, Camp Hope held sway, cornering all the juicy appointments.

However, hope is in the offing for the Coalition, following Uzodimma’s surprise visit to the country home of TOE Ekechi, now Board member, North East Development Commission.

Details of Uzodinma’s visit to Ekechi was unknown, but sources said it is geared towards plans of the Governor “to acomodate other layers of interest within the APC in his government”

A source said “Though Uzodimma’s visit to Ekechi was unscheduled at Ngor Okpala, there is more to it. And it seems some of Coalition members will come on board this government”

Though Ekechi has secured a juicy appointment, it is not so for legion of Coalition members who have watched from the sidelines how only those in Uzodimma’s camp Hope are sharing the spoils of office.

Uzodimma has been lately building political bridges, particularly within the confines of the APC, in the State, perhaps to strengthen his grip of governance in the State in the face of opposition from various opposition camps in the State.

A top member of the Coalition told INNONEWS “We are watching. We can see the sun rising from the East.

innonews - September 10, 2018 0
More drama is playing out in Imo APC as Governor Rochas Okorocha's in law, Engr.Chuks Ololo has picked the APC Nomination and Expression of...

Uche Nwosu: I Will Not Suspend My Governorship Ambition

innonews - June 5, 2018 0
Uche Nwosu, son in law to Governor Rochas Okorocha of Imo State has said he will not suspend his governorship ambition despite pressure from...