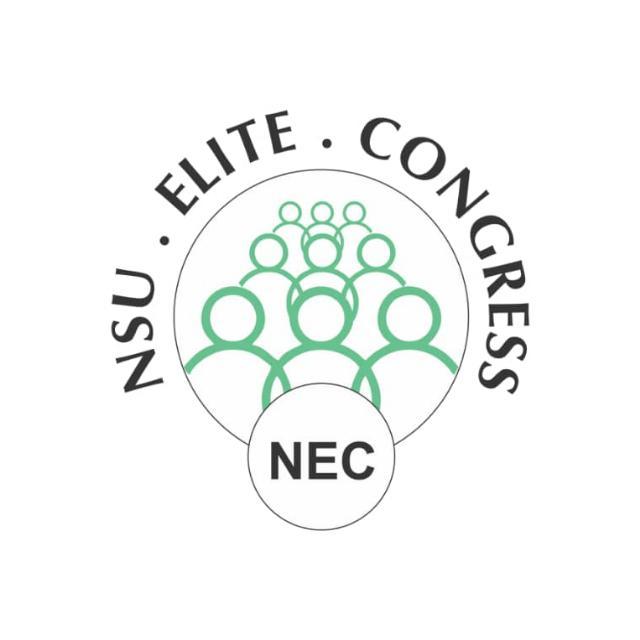 The debut of Nsu Economic Council which meteorically transmuted to Nsu Economic Congress (NEC) ,  has unarguably altered the sequence of things in Nsu, a mini town in Ehime Mbano local government area of Imo state.

Nsu Economic Congress, a virtual platform that  has gained   ubiquitous status,  bestrode the landscape like  a Colossus with clear vision, mission and direction.

It spured unprecedented turn around in all facets of the community- social, cultural, economical, you may even add, political.
Within a short period, NEC  became the  largest virtual gathering of Nsu intelligentsia, academics, captains of industry, military personnels of the highest echelon and accomplished business men and women from diverse spheres of life.

These bright minds gather in the digital village square of Nsu to cross pollinate ideas, engage in deep intellectual discourse and critiquing aimed at social cultural and economic rejuvenation of the ancient town in line with the mission and vision of the organization.

The success story of this elite group with members of common  ancestral  root will be  a matter for another day.
But suffice to say that NEC has revolutionized Nsu in various areas including  security of lives and properties, human empowerment, advocacy and capacity building. All these achieved through  virtual meetings.

The concept of NEC by the vision bearers, practically demonstrated  the manifestation of the new world order, where the world is  now in the palms of men.   NEC has globalized  the village and ‘villagized’ the globe.

It is therefore interesting to give kudos to the founders and drivers of this unusual platform that has set the pace for other towns and communities around the world to emulate .

NEC leadership structure  is organized along 2 major  hierarchies-the Executive organ and the Board of Trustees (BoT).
While the Executive runs the day-to-day  affairs of the group:, the BoT is at the highest management level, the  unseen hands that direct NEC’s affairs.

I must at this juncture pay homage to members of the executive led by Chief Paschal Egerue.

He is the vision bearer, the Pathfinder who has etched his name in the sand of Nsu history.

A man of diverse knowledge with professorial intellect. The agenda setter and unrepented lover of Nsu.

Together with his indefacticable secretary, ‘Prof” Basil Ojukwu and other members of the executives have continued to holdNEC high.

However,  the attraction for this write up is the recent election which returned 5 eminent personalities of unassailable  character  into NEC”s BoT hallowed chamber .

A pry into the stuff the BoT members are made of,  reveals an   assemblage of world class brains.  Mentioned must be made of Chief Ike Bruno Aloysius  Onyeso (Ome Udo Gburugburu), a Medical Board certified Cardiopulmonary Care Practitioner in the United States.

A man of unmatchable panache with a heart of gold. His emergence as a BoT member automatically gave the cynics hope of great Nsu.

Ome Udo Gburugburu, a  deserved chietaincy title that truly defines his yearning and effort to bring peace where ever there is hatred. This BoT member  has blaze the trail in many areas of life.

He has vowed to  ensure that  his broad world view knowledge rubs off positively on the development of Nsu.

Chief Ome Udo, the spontaneous generous  giver, has touched the lives of many in and outside the community.In what looks like acceptance speech shortly after the election, he said, ” I am of the considered opinion that the people elected today will hit the ground running, bringing with them fresh ideas from their varied spheres of experience”

” We will be proactive and work in synergy…. Nsule bichi will be the shining city upon a hill”.

These statements by Chief Ome Udo Gburugburu set the pace for the task before the New BoT.

At the headship of  NEC BoT is chief  Frank Onwu . A fufilled man by all standard.  A roundly educated banker who sat in the leadership of multinationals and leading financial institutions in Nigeria.

He has pledged full backing to the progress of Nsu.

Nsu is also blessed to have Dr. Okechukwu Ononiwu and Dr Anale Ebizie  in the BoT.  World class practicing Physicians in the UK. Dr. Ononiwu Okechukwu brought with him vast knowledge, in different aspects of medicine, a leader per excellence. These are men of quality and substance who have superintended  over national and international organizations.

Finally at the saddle of the BoT is the only  female, Mrs Ngozi Audu.  A very strong character with various professional experiences.

Mrs Ngozi Audu is a well read medical laboratory scientist who is a fellow of most of her professional bodies. She is resident in Canada.

This woman, who has the flow of Nsu blood in her vein, has shown beyond words that Nsu must grow from strength to strength.
By every measure, these great men and woman have greatly excel in their various endeavours and voluntarily chose to work for the growth and development of Nsu clan through Nsu Economic Congress (NEC).

Whether NEC succeed beyond its present status, will be largely determined by the role of the New BoT who are the unseen hands that drive the process.

But one thing is certain, “Nsule bichi will be the shining city upon a hill” – Chief  Ike Bruno ,Ome Udo Gburugburu.

innonews - June 13, 2018 0
*BY BEN UGWU* The national leadership of the All Progressive Congress has accused Imo State Governor, Rochas Okorocha of lying against the party's leaders and...

PDP Loses Another Member Of Imo Assembly To APC

innonews - January 27, 2020 0
BY GREG IWU The numerical strength of the Peoples Democratic Party, PDP has continued to diminish in the Imo State...

innonews - June 7, 2020 0
Imo COVID-19 Task Force Committee on Sunday monitored some churches in the state to ascertain level of compliance to Coronavirus protocol...